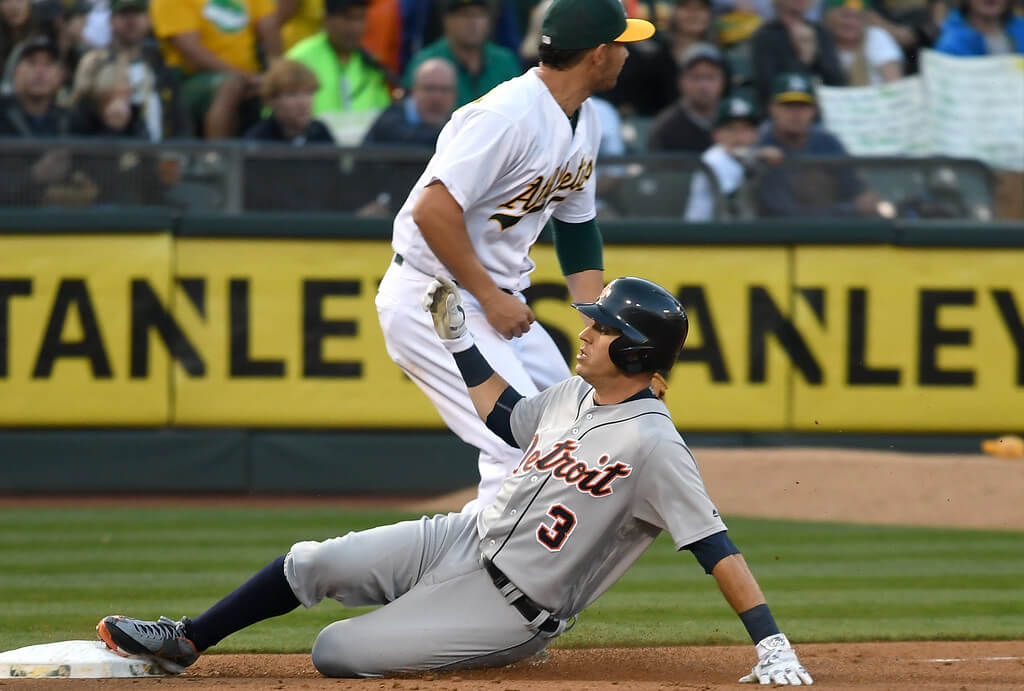 Detroit right-hander Mike Pelfrey falls into the Alfredo Simon category in that he does not belong in the Majors. The 32-year-old soft-tosser 0-4 with a 6.32 ERA and 1.83 WHIP this season, including posting an 11.37 ERA and 2.13 WHIP in three afternoon starts. Pelfrey has allowed 67 hits and 10 home runs in 47 innings this season, while opponents are hitting .347 against him.

Pelfrey’s underlying metrics further support my assertion that he should either retire or end his career in the Minors. Specifically, Pelfrey has a 5.90 FIP, 4.78 xFIP and 5.01 SIERA, together with pathetic 4.98 K/9 and 1.91 HR/9 rates. And, for a soft-tosser who does not induce many swing-and-misses, his command is suspect (3.45 BB/9).

Pelfrey is also 0-3 with an 11.04 ERA and 2.11 WHIP in three career starts against the Athletics, including yielding five earned runs on 9 hits in 6 2/3-innings earlier this season (5-1 loss). Detroit’s bullpen is also less-than-trustworthy with a 4.12 ERA this season, including a 4.57 ERA in day games and a 5.10 ERA in its last seven games.

Hill does not give up a lot of hits and keeps hitters off balance, which results in a fair percentage of weak contact. When Hill throws his curveball, his locates it in the zone 60% of the time. And, when batters swing at his curve, the result is a ground ball 60% of the time and a strikeout 10% of the time. Hill is also having a phenomenal May, posting a 1.75 ERA in his last four starts and holding opponents to a .183 batting average during that stretch.

Based on all the numbers I have studied pertaining to Hill, his results dating back to last September (14 starts) are completely sustainable for the remainder of 2016. The southpaw’s career renaissance with the Athletics will likely continue against a Detroit lineup averaging just 3.3 runs per game against left-handed starters (.211 AVG.; 269 OBP; .617 OPS).

From a technical standpoint, Detroit is a money-burning 3-8 in its last 11 road games, 2-6 in its last eight games versus southpaws (3-7 L/10 on road) and 2-5 in its last seven during game 3 of a series. With Oakland standing at 4-0 in Hill’s last four outings, take the Athletics and invest with confidence.