Fade Alfredo Simon to the Bank on Saturday, May 28 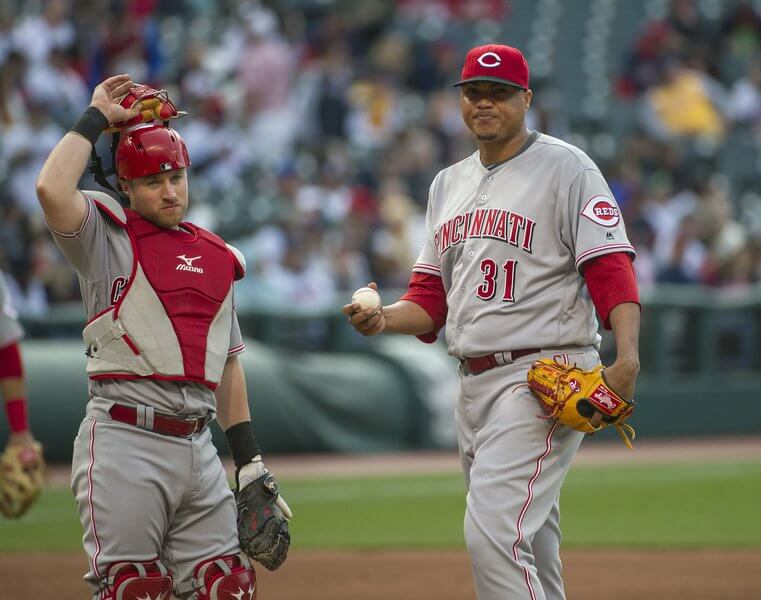 After a strong start to the 2014 campaign, Simon’s inevitable regression began in his final 11 outings where he posted 4.69 ERA and 1.44 WHIP. The aging hurler’s regression has continued ever since, and I am not even sure Simon should be toeing the rubber at the minor league level in light of his eroding skill set.

The only glimmer of hope for the aging soft-tosser is the fact he has been relatively unlucky with a .400 BABIP and 57.4% LOB% this season. Some probable regression in those two categories should result in improved peripherals for the hopeless hurler.

Anderson possesses a plus changeup and curve, but continues to underperform his skill set. A 2.94 HR/9 rate adds more fuel to the fire, although improved velocity and strikeout rate provide glimmers of hope. Regardless, Anderson is a much better option that Alfredo Simon.

Technically speaking, the Reds are 5-17 in Alfredo Simon’s last 22 starts, including 1-9 on the road and 0-4 in game 2 of a series. Cincinnati is also a woeful 16-41 on the road, 9-23 versus National League Central opponents and 16-46 in their last 62 games overall. With Milwaukee standing at 12-4 in its last 16 games versus .399 or worse opposition, take the Brewers as Oskeim Sports’ Free Pick for Saturday.