Save Big On Every Subscription at the online store!

*Applies to first sports subscription purchase only. Cannot be combined with other offers or promotions. 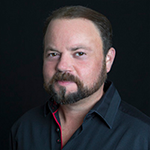 DOC’S NFL SUNDAY FREE PLAY
Doc's Sports
Cleveland Browns vs Cincinnati Bengals
Under 47.5 (-110)
FREE PLAY FROM DOC’S SPORTS. Take #114 Under in Cleveland Browns @ Cincinnati Bengals (1p.m., Sunday, December 11 CBS) The Browns have their quarterback playing after being suspended for much of the season. But he... did not look good in preseason and did not look good in his first game back this season. Cleveland scored 27 points last week and none of those three touchdowns came courtesy of Deshaun Watson. Cincinnati will not give up that many defensive or special teams touchdowns. I look for this game to be low scoring and the under to hit. Cleveland has gone under the posted total in 46 of their last 67 games (3 pushes). Cincinnati has gone under the posted total in 10 of their last 12 games (1 push) against AFC teams. Do not miss out on Doc’s Sports weekend card. We are coming off a monster week in football and college basketball. Now is the time to sign-up for a long term package and let 51 years of handicapping experience work for you.
Read More