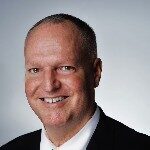 To say that sports betting is in my blood is a gross understatement. As long as I can remember, I’ve always been interested in sports statistics and the process of predicting winners.

In grade school, I remember staying up all night figuring what situations worked and didn’t in predicting winners. I was given the name Jimmy the Greek Jr. for hitting a 4-team parlay cards – all before high school!

Reading books on sports betting never stopped. In high school, I developed my own Power Ratings for each team in the NFL and college football. I discovered what factors worked best for developing my Power Ratings then started to translate those Power Ratings to basketball teams.

I went to college in the Bay Area Majoring in Business – emphasizing in statistics and probability. I added several factors to my personal power ratings and also developed accuraye math models. The main reason you want to rely on numbers is to avoid being emotional – using instincts and recency bias lead sports handicappers to overreact.

During my junior year in college, I started a handicapping service and went public. I earned several Top 10 rankings at The Sports Monitor, including a few #1’s – all against some of the biggest names in the Industry.

I moved to Las Vegas in 1992 and continued to run my sports service. I was also affiliated with some of the biggest handicapper “Stables” in the country and made several radio appearances along the way.

I was offered a position at a prominent Sports Book on the Strip and soon became involved in creating and moving sports betting odds. Using my love and background with the mixture of statistics, probabilities and sports – I found a new love and decided to put my Sports Service on hold. During the two-plus decades of working for the biggest sports books and bookmakers in the industry, I have gotten to know several professional sports bettors. There was ONE common factor they all used – their own numbers. Some couldn’t name a player on most college basketball teams but labeled each team with a solid number and developed powerful lines to compare with.

Then the pandemic hit. After grinding numbers for the sports betting industry for 29 years, I decided to step aside and spend more time with family. I returned to my passion of handicapping sporting events. With the unparalleled experience I’ve gained on both sides of the counter – studying and tweaking my math models with weighting the factors that matter most – I decided to go public once more and share the wealth!