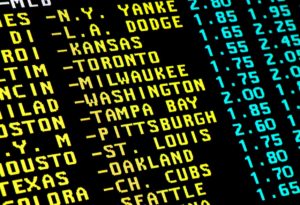 The professional handicappers at Oskeim Sports have the winning information you need before betting on Sunday’s MLB games. Oskeim’s MLB Betting Market Report gives you the winning edge you need.

Analysis: Since July 24, 2019, the Mariners are 21-5 (+53.9% ROI) straight-up and 15-11 (+15.1% ROI) against the run line following a game as home favorites in which they issued one or fewer walks. Los Angeles falls into a very negative 17-60 system that invests against certain road teams batting .215 or worse over their last fifteen games versus a starting pitcher who has a WHIP of 1.00 or better over his previous five outings. This situation is 44-11 (+27.8 units) over the last three seasons when fading the road team.

Finally, Seattle right-hander Logan Gilbert toes the rubber with a 2.22 ERA and 3.02 FIP in thirteen starts this season (77.0 IP). With Los Angeles standing at 6-23 in its last 29 games, including 3-13 in its last sixteen road affairs, take the Mariners and invest with confidence.

Analysis: Since September 4, 2017, San Francisco starter Alex Cobb is 13-0 OVER as a favorite following a start in which he pitched more than 5.0 innings. My only concern with taking the over with Cobb is the fact that he’s a prime regression candidate. Specifically, Cobb has a 5.73 ERA in eight starts this season (37.2 IP), but his underlying peripherals suggest better days are ahead for the veteran hurler.

Over the last two seasons, Alcantara is 15-1 UNDER versus divisional opponents, 17-3 UNDER as an underdog of +150 or less, and 9-0 UNDER in June affairs. Take the under and invest with confidence.