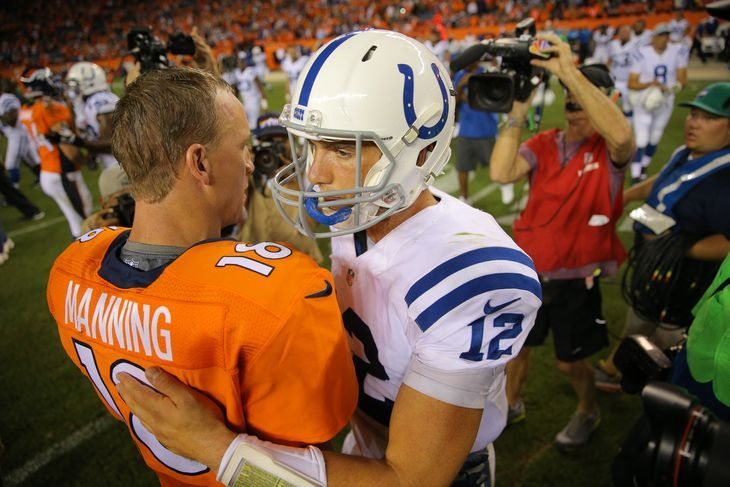 Home field advantage plays a significant role in this contest as Denver is 16-9-1 ATS as home favorites over the last three seasons, whereas the Colts are 9-12 ATS as road underdogs during that span. Let’s also note that climate-controlled NFL dome teams (Indianapolis) are a money-burning 5-14 SU and 6-13 ATS on the postseason road at cold weather sites since 2000, including 0-12 SU and 1-11 ATS when playing with revenge off a win. The technical analysis further enhances Denver’s chances of a point spread cover with the fact that NFL home teams in their first playoff game who suffered an upset loss in the postseason the prior year are 53-7 SU and 43-16-3 ATS since 1980.

The bye week has allowed Denver’s offense to heal as tight end Julius Thomas has looked good in practice after being limited by a bad ankle towards the end of the regular season, while running back C.J. Anderson is finally healthy from a nagging ankle injury. Both Anderson and Ronnie Hillman should have success moving the chains on the ground against a subpar Indianapolis front seven that is giving up 4.3 yards per carry on the season, including 126.2 rushing yards over the last five games.

Denver also takes the field with a very good defense that is 0.6 yards per play better than average (4.9 yards per play to teams that would combine to average 5.5 yards per play). Linebacker Brandon Marshall is practicing for the first time in three weeks and is expected to play, which is a huge boost for the Broncos’ stop unit as he leads the team with 113 tackles despite missing the final two games with a mid-foot sprain. Left guard Orlando Franklin and safety David Bruton have also been cleared from their concussions and will play Sunday.

The Colts’ pass-heavy offense is an ideal matchup for a Denver secondary that is 0.9 yards per pass play better than average (5.6 yards per pass play to a group of quarterbacks who would combine to average 6.5 yards per pass attempt). I should also note that Denver has outyarded 12 of its last thirteen opponents, while holding four of them to season low yardage. Indianapolis is 1-8 ATS on the road versus teams with a winning record in the second half of the season over the last three years, including 0-6 ATS versus foes with a win percentage between .600 and .750.

Meanwhile, Indianapolis quarterback Andrew Luck is just 13-11 SU and 11-12-1 ATS versus .501 or greater opposition, including 3-8 SU and 2-9 ATS on the road and 0-6 SU and ATS with revenge. With Denver standing at 21-8 ATS following a bye, including 16-3 ATS with extended rest (i.e. more than one week), take the Broncos in the NFL playoffs and invest with confidence.