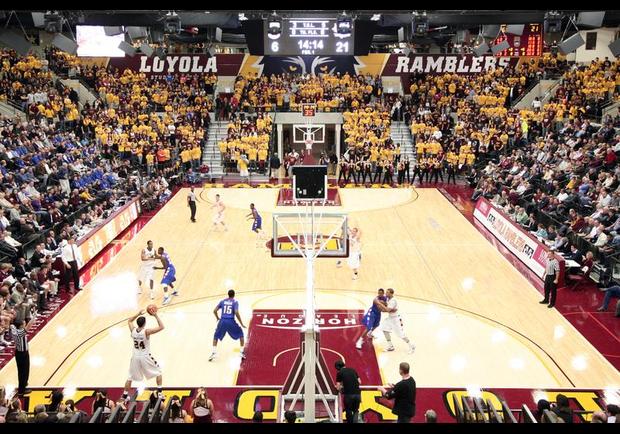 Loyola Chicago is off to its best start in 49 years (12-3), and the Ramblers are coming off an impressive 71-70 road win over Evansville as six-point underdogs. That win was significant in that it marked the first road victory for the Ramblers as members of the Missouri Valley Conference. The Ramblers’ three losses this season have come against teams with a combined record of 35-11 (.761), with two of the three foes being ranked nationally. With four returning starters and a solid recruiting class, head coach Porter Moser has Loyola primed for a rapid improvement in 2015.

Loyola’s success is predicated upon the trio of Christian Thomas (13.1 ppg; 60% FG), Milton Doyle (12.7 ppg; 52% FG) and Montel James (7.9 ppg; 52% FG). In fact, the Ramblers are one of only six Division I teams where its top three scorers all shoot better than 50% from the field. The others schools include Wisconsin, Notre Dame, IPFW, Denver and Louisiana-Lafayette. Doyle had a terrific freshman campaign in Chicago where he ultimately earned Missouri Valley Conference Freshman and Newcomer of the Year honors. Coach Moser has finally surrounded Doyle with enough talent to allow the Ramblers to compete on a nightly basis in the Valley.

Loyola’s backcourt depth is quite impressive and represents a significant change from last year’s skeleton crew. Together with Doyle and Thomas, transfer Earl Peterson has established himself as one of the top bench scorers in the Conference. “Earn can score, but he can also facilitate,” coach Moser said. “He’s going to increase our athleticism.” Senior Joe Crisman and junior Devon Turk round out an extremely deep and athletic Loyola backcourt.

From a value standpoint, the betting market continues to overvalue Wichita State and undervalue Loyola Chicago. That conclusion is supported by the fact that Wichita State is 7-7 ATS this season, including 3-4 ATS on the road and 1-4 ATS in its last five games, whereas the Ramblers are 9-2 ATS, including a perfect 5-0 ATS in their last five contests. With Wichita State standing at 0-6 ATS versus .601 or greater opposition, take the Ramblers plus the generous points and invest with confidence.