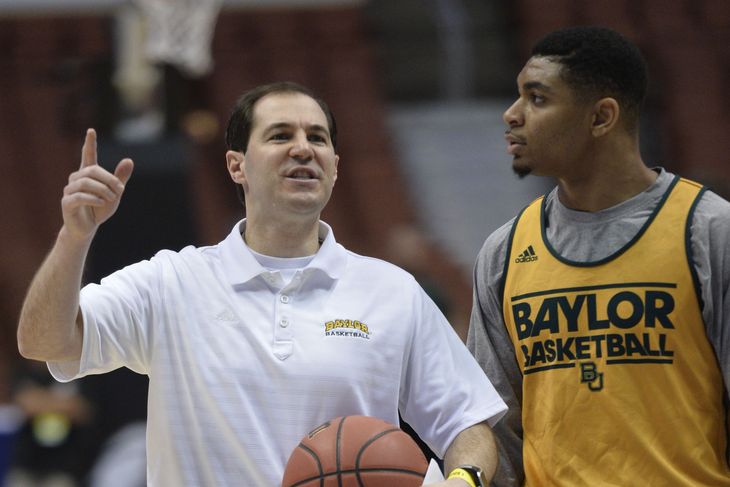 Many of you already know about my disdain for Baylor head coach Scott Drew, but I have sought counseling regarding the matter and have come to find out the following:

The situation strongly favors Baylor as the Cyclones are coming off an exhausting 74-72 win at West Virginia and have a huge home game on deck against Kansas. Meanwhile, Baylor demonstrated both focus and determination with its 66-59 win at TCU, which came on the heals of an emotionally-draining loss to Kansas at the buzzer. From a technical standpoint, the home team is 21-2 in this series (13-2 ATS L/15), while the Bears are 9-2 all-time against Iowa State in Waco. Take Baylor on the money line and invest with confidence.