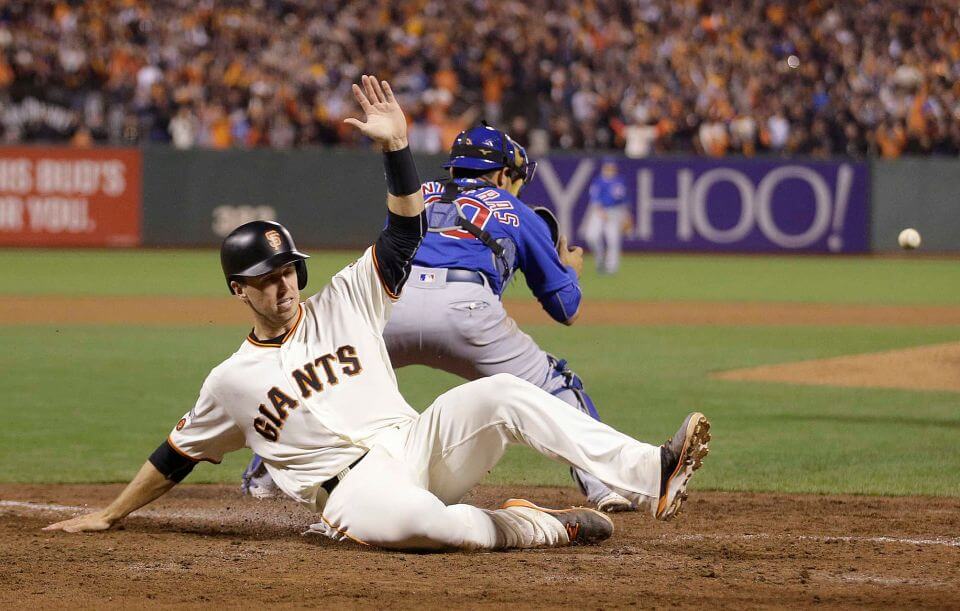 San Francisco southpaw Matt Moore was one of the Giants’ best pitchers down the stretch, posting a 3.37 ERA and 1.13 WHIP over his last three starts.  Moore limited the Rockies and Dodgers to a combined two runs over 15 2/3 innings in the final week of the regular season.

Let’s also note that the Giants are 4-1 in Moore’s last five starts, including a perfect 4-0 ATS in his last four starts at home.

For example, the Cubs possess a high-strikeout pitching staff, but San Francisco strikes out less than any other National League team.  Chicago’s pitching staff also does an excellent job in limiting home runs, but that skill set is of little value within the spacious confines of AT&T Park.

Finally, the Cubs are extremely patient at the plate as evidenced by their 10.4% walk rate in 2016.  However, San Francisco’s pitching staff has the second-lowest walk rate in the Majors this season.

Take the Giants at plus money in tonight’s National League Divisional Playoff game and invest with confidence.