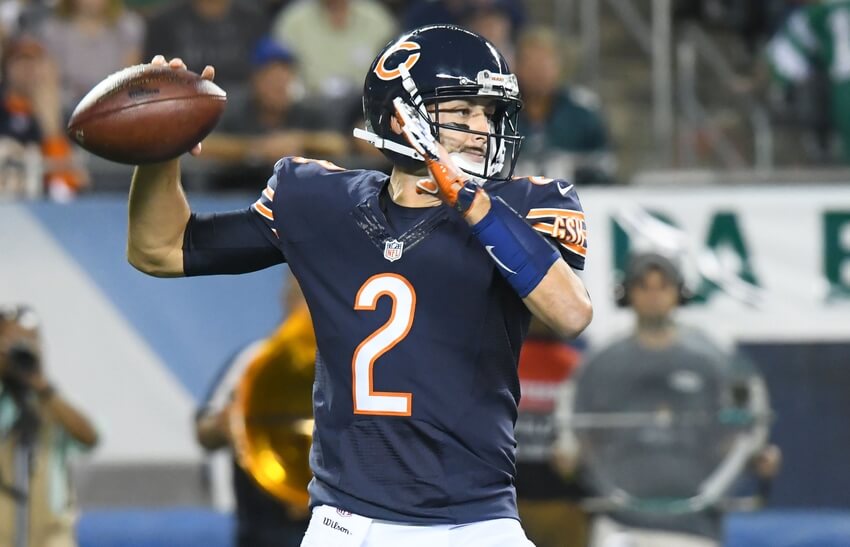 Now that Jay Cutler has been downgraded to “doubtful” for Sunday’s game against the Colts, I am prepared to move forward with my NFL Free Pick on Chicago + the points behind Brian Hoyer.  Indianapolis is the first NFL team to play the week immediately following a game in London (every other team has been given a bye, including Jacksonville this week).

Look for Chicago running back Jordan Howard to have a big game against an inept Indianapolis front seven that is allowing 22.5 points per game to opposing running backs this season (29th in the NFL).  In Week Four against Detroit, Howard rushed for 111 yards on 23 carries and added 21 yards receiving on three receptions.

Chicago tight end Zach Miller should also have a productive afternoon against an Indianapolis secondary that is ranked dead last in covering opposing tight ends.  Hoyer has played well over the last two weeks by taking care of the football and minimizing mistakes, which is what head coach John Fox’s offensive system needs from that position.

With coach Fox standing at 12-3-1 ATS on the road following an upset win, take the Bears plus the points as Oskeim Sports’ Free NFL Pick for Sunday, October 9.