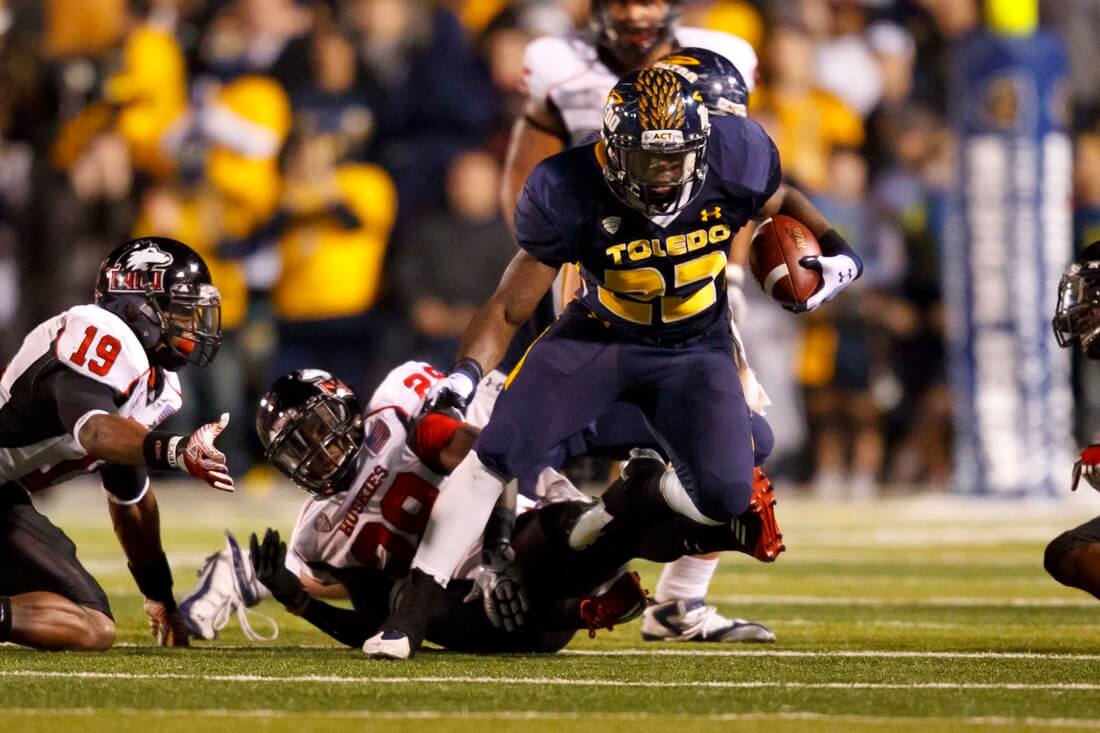 While I generally don’t like investing on large Homecoming favorites in college football, this game involves such a mismatch on both sides of the ball that an exception was warranted.  Toledo is averaging 43.2 points per game and 570 total yards at 7.5 yards per play against teams that would combine to allow just 6.0 yards per play to a mediocre offensive squad.

Even more alarming is the fact that Bowling Green’s defense is allowing 11.1 yards per point, including 9.8 yards per point on the road.  Overall, Toledo’s offense possesses a significant 2.3 yards per play advantage over the Falcons’ stop unit.

Bowling Green is equally inept on the offensive side of the ball where the Falcons are averaging just 18.3 points per game and 368 total yards at 4.6 yards per play against teams that would combine to allow 4.9 yards per play to a mediocre attack.

The Falcons’ one-dimensional offense will be challenged by a solid Toledo defense that is limiting opponents to a mere 10.0 points per game and 244 total yards at 4.1 yards per play in 2016.

First-year head coach Mike Jinks must be wondering why he decided to take the job at Bowling Green after starting the season 0-5 (1-4 ATS) versus FBS opposition.

Finally, Toledo is on a 16-4-1 ATS run overall and is 18-8-1 ATS at home following consecutive road games. The Rockets have covered the spread in each of their last seven college football games versus teams with a losing record, are 13-2-1 ATS following a win and are 4-1 ATS in their last five October affairs.