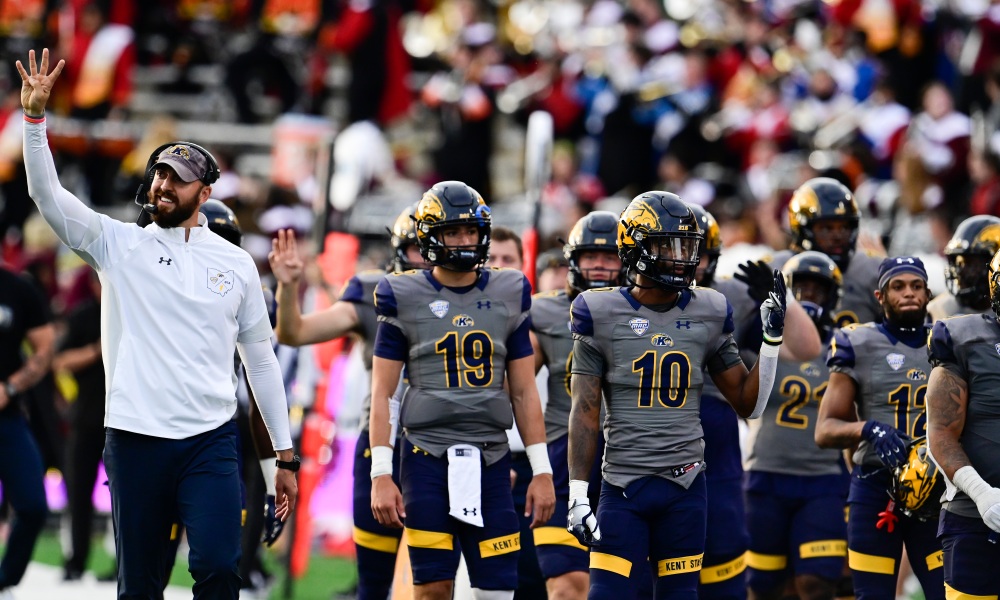 It’s more MAC-tion on a Wednesday night as Northern Illinois travels to Kent State in what could be a preview of the conference championship game. The Huskies are the only team remaining that is unbeaten in MAC play. They lead the West Division with a 4-0 record while Kent State is 3-1 and sits atop the MAC East.

NIU is currently 6-2 overall and enters tonight’s game as a 3.5-point underdog. Simply looking at records, one might be puzzled as to how 4-4 Kent State is a 3.5-point favorite. It might be even odder if one knew that Northern Illinois has won the last ten games in a row in this series.

To understand why is to know the MAC. Kent State and head coach Sean Lewis have one of the best offenses in the conference and the nation. Plus, they have played some big-time competition. The Golden Flashes played Texas A&M, Iowa, and Maryland this season. They lost all three games, but the experience has helped.

Kent State also has the best quarterback in the conference in Dustin Crum. He has thrown for 1,770 yards in eight games and is an NFL prospect. Crum leads an offense that often operates at hyper-speed. Lewis and Kent like to go fast. They run over76 plays per game and, minus the three games against Power 5 competition, the Golden Flashes average 40 points a game.

Northern Illinois has been challenged on defense this season. The Huskies have bent, but they haven’t broken yet at least in MAC play. NIU has won its four conference games by eight or fewer points. The Huskies defense also gives up 34 points per game, yet they are 6-2.

The NIU offense is built around the running game. The Huskies average 224.3 yards per game, which ranks 12th in the country. Harrison Waylee leads the team with 574 yards, Jay Ducker has 478, and quarterback Rocky Lombardi adds 323 and five rushing touchdowns. Lombardi, a Michigan State transfer, has also thrown for 1,321 yards and nine touchdowns.

Tonight’s total is 69 and Kent State has been trending Under. The total has gone Under is six of their last eight games. The Under is also the trend in this series with seven of the last ten totals going Under in Northern Illinois games against Kent State.