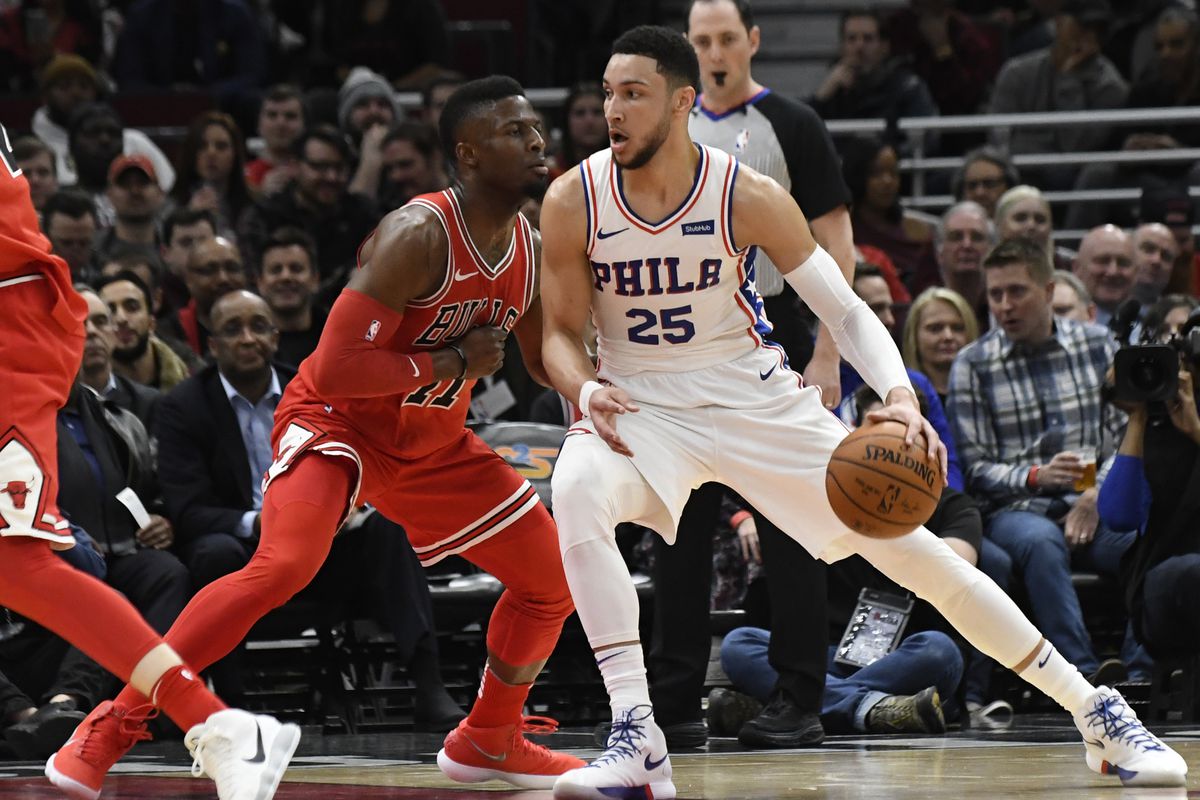 Believe it or not, the best team in the NBA right now is the Chicago Bulls. They are 6-1, which ties them with Miami and Utah for the best record in the league. The Bulls are coming off a huge win in Boston where they had to come back from a 19-point deficit to get the victory. Chicago has been absolutely outstanding in all facets of the game so far this season and the pair of Zach LaVine and DeMar DeRozan have been getting along just fine.

Both LaVine and DeRozan average 25.6 points per game to lead Chicago. Nikola Vucevic scores 15.1 a game and adds 10.9 rebounds. Anyone wondering how LaVine and DeRozan would work together can see that it is working very well so far. It has worked well enough to beat the Jazz and Boston on the road on Monday night.

The Sixers are also off to a good start with a 5-2 record after seven games. Philly is still dealing with the drama surrounding Ben Simmons. The latest has Simmons refusing to work with team doctors to ensure his mental readiness. The Sixers actually have bigger problems tonight than Simmons.

Leading scorer Joel Embiid (21.0 ppg, 8.7 rpg) is dealing with a knee issue after having collided with Jonas Valanciunas. Embiid is not expected to play tonight. The bigger problem is that the Sixers will also be without Tobias Harris who averages 19.8 points and 9.0 rebounds per game. Harris entered health and safety protocols and could be out for some time. With their top two scorers out, Philadelphia will have to make up for over 40 points with their bench.

The Sixers haven’t had that difficult a schedule yet either. Their wins have come over New Orleans, Oklahoma City, Detroit, Portland, and Atlanta. The Hawks are the only team that currently have a winning record. Philly lost to Brooklyn (4-3) and the New York Knicks (5-2). If you go back to last season, the Sixers have had trouble covering the spread against teams with a winning percentage of 60 percent or better. Philadelphia has failed to cover in six straight games against those opponents.

The 76ers are a respectable 4-3 ATS so far this season, but they failed to cover in both of their losses which were, of course, to teams with winning records. Philly has covered in its last two straight games and they have also covered in six of the last seven games against Chicago.