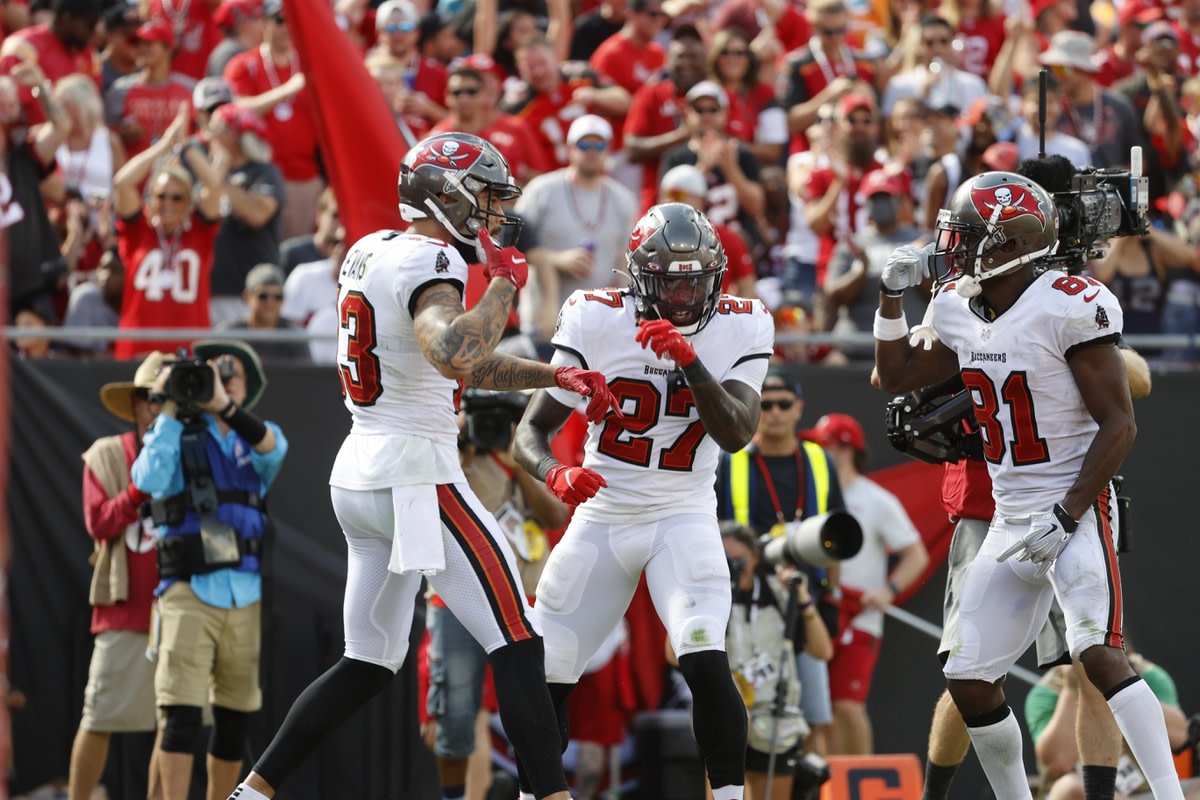 Reigning Super Bowl champion Tampa Bay heads to Philadelphia for a primetime matchup with the Eagles. The Bucs are a touchdown favorite over an Eagles team that is still trying to find itself. The Philly defense has held opponents to 18 points or less in three of its games but got blown up for 83 points and 851 yards of offense in the other two. The Eagles actually rank third in the NFL against the pass. The Bucs will most certainly test that pass defense.

Tampa Bay QB Tom Brady is coming off a 400-yard-five-touchdown performance from a week ago. The Bucs passing game will go up against a Philadelphia defense that gives up 194.8 passing yards per game. It was that defense that helped the Eagles get their second win of the season last week. Philly held Carolina to 267 total yards in a 21-18 win. It helped that the Panthers played without star RB Christian McCaffrey.

The short week may have an effect on the Bucs, especially Brady and his 44-year-old body. Remember last season when Tampa Bay played Chicago on a Thursday night. The Bucs’ offense gave one of their worst performances of the 2020 season scoring just 19 points in a loss to the Bears. What’s interesting is that the Bucs didn’t cover the spread in that game nor have they covered in each of their last seven primetime games. Laying a touchdown to the Eagles, covering tonight may be a problem especially against a Philly team that is 5-2 ATS in their last seven games as a home underdog.

For the Eagles, QB Jalen Hurts will be one of the keys. Hurts is completing 65 percent of his passes for 1,365 yards and seven touchdowns. He is also the Eagles leading rusher with 256 yards and three scores. Hurts is improving as a quarterback and he will go up against a Tampa Bay secondary that has allowed the third-most passing touchdowns in the NFL. The Bucs have suffered a number of injuries in the secondary and it shows.

On paper, this looks like an easy Tampa Bay win. The Bucs are coming off a huge 45-17 win over Miami while Philadelphia struggled to beat Carolina. Tampa Bay has one of the best run defenses in the league which will likely force Hurts and the Eagles to win by throwing the football. The question then will be whether or not the Bucs pass defense can come through.

The Bucs offense averages 33.4 points per game, which has contributed to tonight’s total of 52.5. The total has gone Over in four of the Bucs’ last five games. In those four games where the total went Over, three of the totals were 52 or higher.