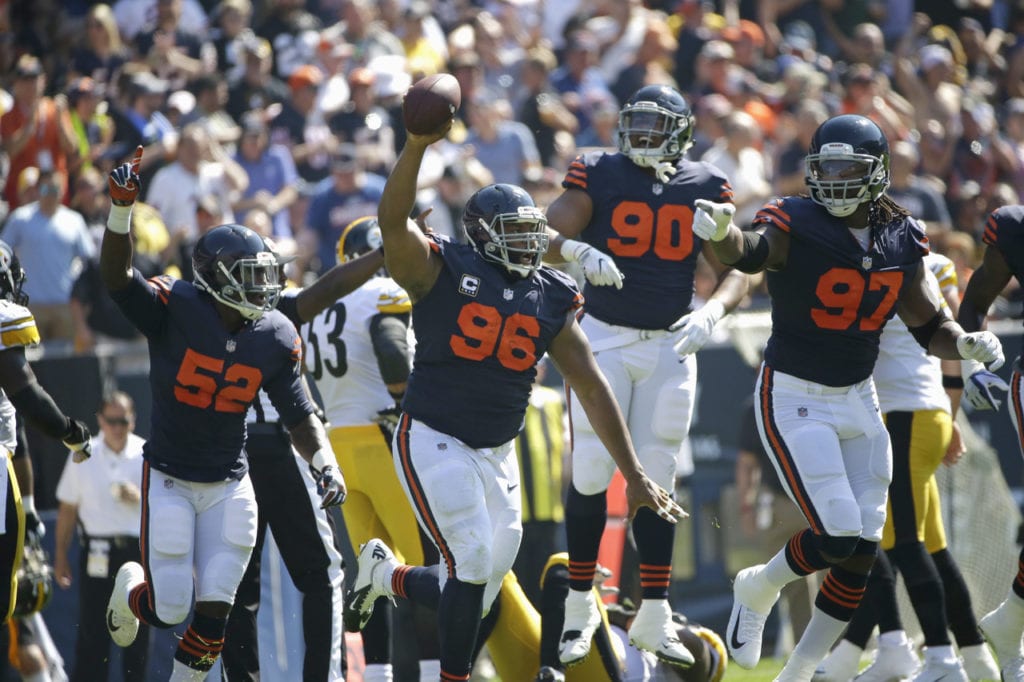 Oskeim Sports previews Sunday’s NFL game between the New England Patriots and Chicago Bears.  Oskeim recommends taking the Bears plus the points as one of his free NFL picks for Sunday.

Oskeim also provides free NFL picks in several other NFL games so be sure to scroll down to the bottom of this article.  Visit Oskeim’s award-winning Blog on a daily basis for more free NFL picks!

My math model favors New England by just 1.36 points and the betting market has overreacted to the team’s disparate results from last week. New England handed the Chiefs their first loss of the season on prime-time television, whereas the Bears wilted under the Florida sun before losing 31-28 in overtime to Miami. Losing to Brock Osweiler only exacerbated the betting market’s reaction to Chicago’s defeat.

The scheduling circumstances are less than ideal for New England, who is coming off an emotional conference affair on Sunday night affair and now has to travel for the first time in three weeks.

Tom Brady has started twelve career games in which the Patriots hit the road following three consecutive home games. Brady is just 4-8 ATS in those contests. Let’s also note that the Patriots are 3-9-1 ATS as non-division favorites off a game in which they scored 40 or more points.

The Bears are 2-0 SU and ATS at Soldier Field this season where they are limiting opponents to a mere 13.5 points and 293 total yards per game at 5.1 yards per play and 21.7 yards per point.

Chicago boasts the NFL’s second-best run defense led by Akeem Hicks, who owns an incredible 19.7 percent run stop rate and the sixth-best pass rush efficiency among interior defensive linemen. Outside linebacker Khalil Mack is battling an ankle injury but was able to practice on Friday and the Bears are hopeful that he will be on the field Sunday.

Chicago defensive coordinator Vic Fangio understands how important it is to put pressure on Brady. The Bears lead the league in both takeaways per game (2.8) and sacks per game (3.6). Chicago’s front seven also owns the league’s third-highest adjusted sack rate.

Having a ferocious pass rush is important when lining up across from Brady in that the Patriots are 90-43-2 ATS in games in which Brady is sacked one or fewer times. I also like the fact that the Bears are limiting opponents to a 50 percent touchdown rate inside the 20-yard line. Chicago applies to 35-15-4 ATS and 22-6-3 ATS systems that are predicated on its stout defense.

With Chicago standing at 10-3 SU and 11-2 ATS at home versus AFC foes entering off a win, including 5-1 SU and 6-0 ATS when the Bears are off a loss, grab the points with the live home underdog as one of Oskeim Sports’ free NFL picks for Sunday.

Injury Update: New England Patriots tight end Rob Gronkowski did not make the trip to Chicago because of ankle and back injuries and is not expected to play Sunday against the Bears.

Technician’s Corner: NFL road favorites of three or more points are only 13-21 ATS following an extended homestand (3+ games) versus opponents off a road loss. NFL teams that scored 30 or more points in their last home win are 6-14 ATS versus foes off a loss.