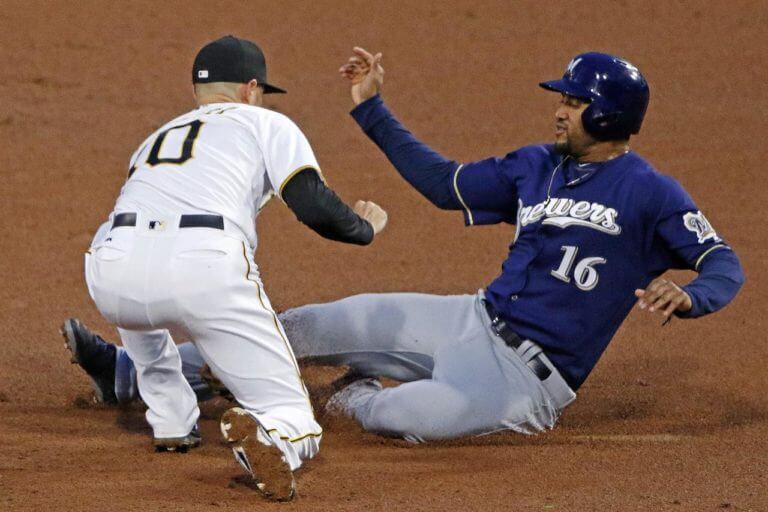 Pittsburgh has now won seven of its last 9 games after Sunday’s walk-off 4-3 win against the Cardinals (Pittsburgh entered the ninth inning trailing 3-2). Players are keenly aware of the fact that his series against the Brewers is their last chance to position themselves as contenders before the front office decides to be active sellers in the upcoming non-waiver Trade Deadline.

Pittsburgh right-hander Chad Kuhl toes the rubber in excellent form with a 2.25 ERA and 1.06 WHIP over his last three starts.  Kuhl is also 2-0 with a 2.21 ERA and 1.18 WHIP in four career starts against the Brewers, while the Pirates are a perfect 4-0 in Kuhl’s four outings against Milwaukee.

The 24-year-old has done a nice job suppressing home runs in July (0.56 HR/9) and should continue his mastery over the Brewers on Monday. Milwaukee southpaw Brent Suter has been excellent in his ten appearances this season (3 starts). The 27-year-old has posted a 2.96 ERA, 2.78 FIP and a 3.99 SIERA across 27.1 innings of work.

Suter’s success, albeit with a limited sample size, has come despite having a fastball that tops out at 88 mph. His repertoire is best described as a kitchen sink of pitches that keep the ball on the ground and avoids hard contact. The problem with that approach is that Milwaukee has one of the worst defenses in baseball so pitching to contact is a recipe for disaster.

The Pirates have a habit of playing their best baseball against good competition in the second half, going 26-15 versus .540 to .620 opposition over the last three seasons. The Brewers found themselves in a similar position at the halfway point in 2014 before collapsing in the second half.

In fact, Milwaukee maintained a three-game lead after 91 games! The Cardinals won the division that season, while the Pirates hosted a wild-card game.  Milwaukee hasn’t made the playoffs since 2011 and has been the beneficiary of a lucky rotation and bullpen whose ERAs are significantly lower than their skill-based SIERAs.

The Brewers’ plus-45 run differential at the All-Star break was a product of cluster luck and defensive regression is also likely in the final stanza of the 2017 campaign. Let’s also note that Milwaukee is 1-4 in Suter’s last five starts and 0-4 in his last four road outings.  Take the Pirates as one of Oskeim’s daily sports picks on Monday.

Make sure you have the requisite bankroll to purchase sports picks.