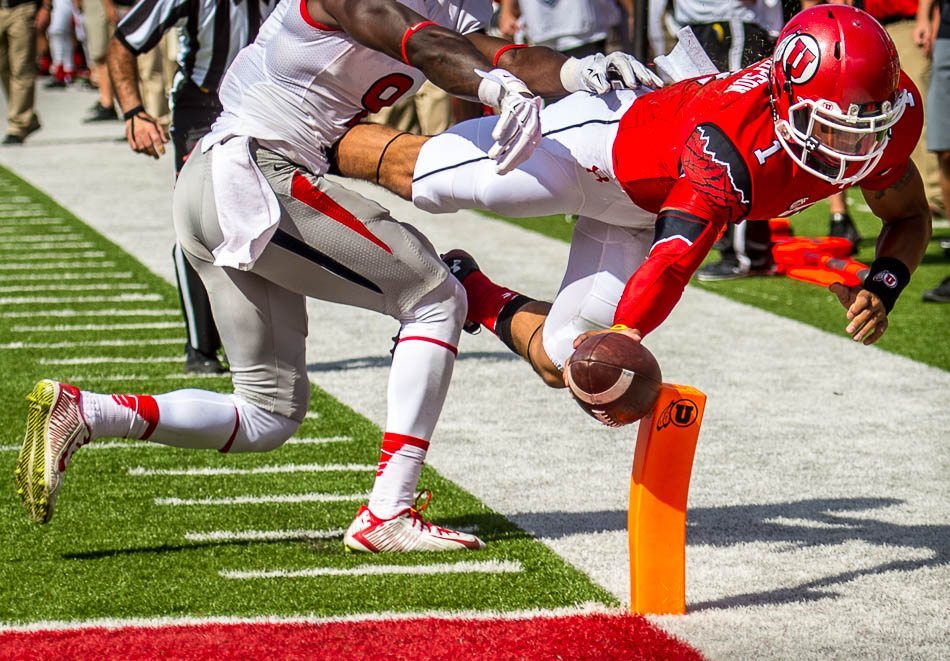 Utah head coach Kyle Whittingham seems to have the program back on the fast track to bowl eligibility following a 3-0 start to the 2014 campaign, including a 26-10 upset win at Michigan as 3-point underdogs.  Utah’s offense has looked outstanding under new offensive coordinator Dave Christensen, who spent the last five years as the head coach at Wyoming.  Indeed, the Utes are averaging 47.0 points per game on 4.2 yards per rush play, 9.6 yards per pass play and 6.3 yards per play against teams that would combine to allow just 8.1 yards per pass attempt and 6.0 yards per play to a mediocre offensive squad.  The explosive nature of Utah’s offense is best evidenced by the fact that the Utes are averaging an incredible 9.9 yards per point this season.

Utah should have success moving the ball at will against a porous Washington State defense that is allowing 32.5 points per game on 8.1 yards per pass play and 12.6 yards per point on the road this season.  I expect Utah to exploit the Cougars’ inept secondary that has allowed opposing quarterbacks to complete 64.5% of their pass attempts at 8.0 yards per pass play.  The Utes are averaging an incredible 57.5 points per game at home this season on 10.5 yards per pass attempt, 7.0 yards per play and 9.7 yards per point, which is certainly good enough to move the chains and find the end zone Saturday night.  Overall, Utah possesses a significant 1.5 yards per pass play advantage over the Cougars’ secondary, and I’m confident that offensive coordinator Dave Christensen will implement a pass-heavy game plan for tonight’s Homecoming game.

Let’s also note that Utah takes the field with legitimate revenge after suffering a 49-37 loss in Pullman last year. Moreover, four of the last five meetings between these two teams have been decided by twelve or more points, while the home team has covered the point spread in three straight.  With Utah standing at a perfect 5-0 ATS as a double-digit favorite off back-to-back SU and ATS wins, take the Utes to win its college football conference opener in convincing fashion.  Lay the points in this college football contest and invest with confidence.