Betting on a Running Back to Win the 2020 Heisman Trophy 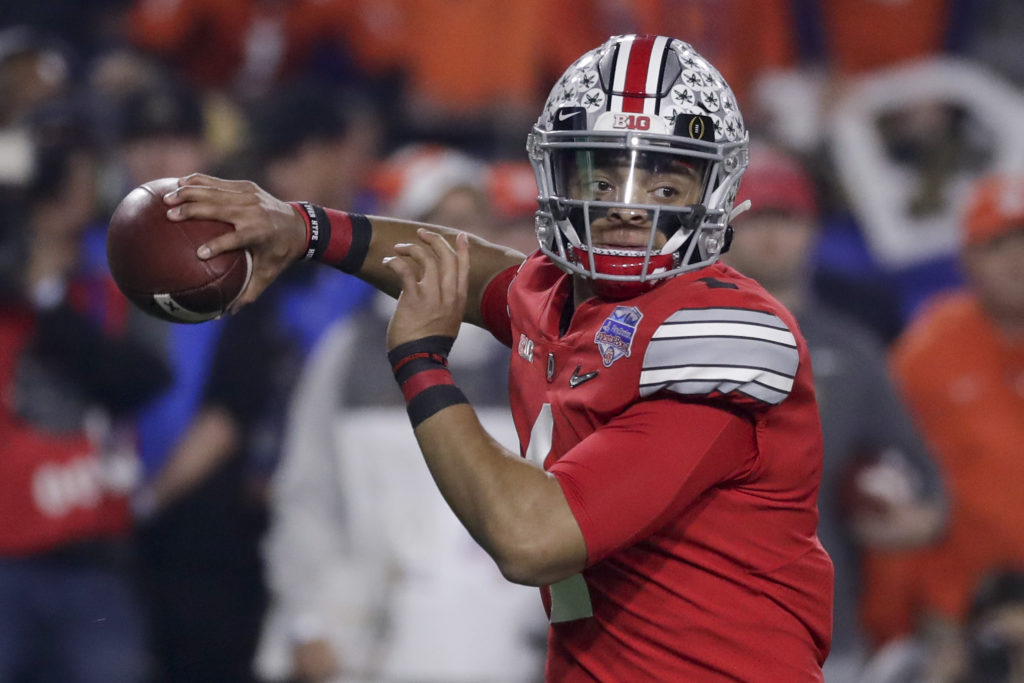 Prior to 2000, betting on a running back to win the Heisman Trophy was a good choice. These days, it’s almost laughable.

Of the past 20 Heisman Trophy winners, only three have been a running back. The remaining 17 are all quarterbacks. Of the top ten favorites to win the award in 2020, eight are quarterbacks. Still, there is an opportunity to bet on an underdog and win big this season.

Could a running back really win the Heisman Trophy this year? Yes, and here’s how.

As mentioned, three running backs have won the award in the past 20 years: Derrick Henry (2015), Mark Ingram (2009), and Reggie Bush (2005). Yes, Bush’s trophy was vacated but that is a completely different discussion.

Understanding how each of these three won the Heisman in a quarterback-driven era of college football is the key to betting on a running back this year.

College football loves winners. The Heisman Trophy loves winners. The award is generally given to players on teams that win. Last year, Joe Burrow quarterbacked LSU to a national championship. Kyler Murray and Baker Mayfield were both Big 12 champions.

Both Henry and Ingram played for Alabama. In their Heisman-winning seasons, the Crimson Tide won the SEC and national titles. Bush’s USC team in 2005 won the Pac-12 and lost in the BCS national championship.

The point is for a running back to win the Heisman … his team is going to have to win.

If a running back is going to win the Heisman, his team cannot have an elite quarterback. Case in point, try and name the quarterback at Alabama when Henry or Ingram won the Heisman. Neither was all that noteworthy. Henry’s quarterback was Jake Coker. Ingram’s was Greg McElroy.

The point here is that in order to win the Heisman as a running back, the running back has to overshadow the quarterback in the offense.

This is a no-brainer. A running back has to have the numbers. All three recent RB Heisman winners ran for at least 1,500 yards. What is interesting in the last seven Heisman races is that the highest-voted RB has averaged 310 carries and 1,800 yards (except one – Clemson’s Travis Etienne).

During Christian McCaffrey’s 2015 season, he captured a nationwide audience as he headed toward making history. He ended up breaking Barry Sanders NCAA record for most all-purpose yards in a season.

Ingram’s story was related to his helping Alabama get back on the national stage. Henry put his Alabama team on his back and carried the Tide to a national title.

In a win over No. 2 LSU, Henry carried the ball 38 times for 210 yard and three touchdowns. In the season finale against Auburn in the annual Iron Bowl, Henry ran 46 times for 271 yards and a touchdown.

If you have a compelling story that the nation rallies around, you have a better chance of winning the Heisman Trophy. Especially if you’re a running back.

RBs – How to Win the Heisman

If you have followed along, you should understand how a running back can win the Heisman Trophy in a quarterback-dominated game. First, the RB needs to play for a national championship contender.

He must carry the ball a lot, gain a ton of yards, outplay and overshadow his quarterback, and have a great, compelling national story.

The running back with the best odds to win this year’s Heisman Trophy is Oklahoma State’s Chuba Hubbard (+1000). Last year, Hubbard ran 328 times for 2,094 yards and 21 touchdowns.

He will have the production and will outshine his quarterback – Spencer Sanders. The question is whether or not the Cowboys can contend for a Big 12 title.

The best overall candidate – and a real potential value bet – is Alabama’s Najee Harris. The Crimson Tide is once again among the favorites to win the national championship. Alabama’s QB Mac Jones is not a household name and you know head coach Nick Saban loves a run-heavy, ball-control offense.

It is likely that Harris gets the production and his story could be that he simply comes out of nowhere to become a Heisman favorite. At +2000 to win, Harris is a longshot, but he might have the best chance of any running back to win the Heisman Trophy this season.