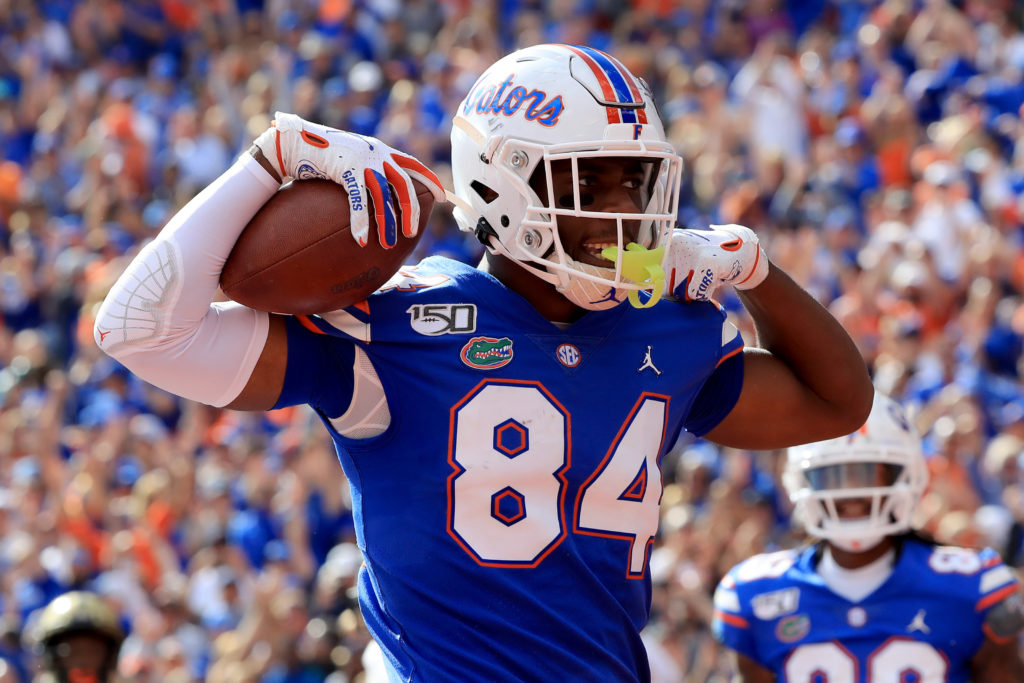 The 2020 college football season is less than 100 days away. While there is still some uncertainty surrounding the season in relation to the coronavirus pandemic, it’s never too early to begin the search for the dark horse national champion candidate.

Alabama, Clemson, and Ohio State are among the favorites to win the 2020 College Football Playoff national title, but what about a true sleeper? Is there a legitimate under-the-radar candidate worthy of laying down a futures wager?

There are actually a few.

Before getting all fired up about Boise State or even UCF, make sure you understand how the CFP works. There are 130 schools in the FBS. In six seasons of the CFP, a total of 11 different schools have played in it. That’s it.

There is a big reason why UCF is given longshot odds of +10000. They aren’t making the CFP. The number of teams with a realistic shot at making the CFP is about 15. None of the Group of 5 schools – of which UCF is one – have a realistic opportunity of making it.

Eliminating the Group of 5 schools cancels out roughly half of the 130 programs. Take a look at the Power 5 conferences and you can eliminate the bottom tier of each. There are two, maybe three schools from each conference – minus the Pac-12 – worthy of a shot at the CFP.

When looking for that sleeper bet, there are certain ingredients a team must have. Defense is one. The 11 teams that have played in the CFP all have had great defenses. Think of Alabama, Clemson, and Ohio State. They have churned out dozens of NFL-caliber defenders.

The other consideration is the schedule. If you make it through a season in the SEC West or Big Ten East unbeaten, you have punched your ticket to the CFP.

In some cases, who you don’t play can help you get into the CFP. Consider Notre Dame in 2018. The Fighting Irish, who play five ACC teams each year, did not play Clemson. The Irish went unbeaten at 12-0 and made the CFP.

Notre Dame was destroyed by Clemson 30-3 in the national semifinals. If that would have happened in the regular season, the Irish would not have made the CFP.

Knowing the profile of a true CFP candidate, there are just a few real sleeper candidates to win this year’s national championship. The first is Florida.

The Gators (+1800) always have an outstanding defense. Florida finished 10th in the nation in total defense and eighth in scoring defense last season. QB Kyle Trask is probably the most underrated of all SEC quarterbacks. That’s why the Gators are a true sleeper candidate.

Penn State, which is given +5000 odds to win the national title, is in the same boat. They have what may be the nation’s best defensive player in LB Micah Parsons. QB Sean Clifford is good, but he’s no Trevor Lawrence (Clemson) or Justin Fields (Ohio State).

The only other realistic sleeper candidates this year are Notre Dame and Texas A&M. Both teams will have very good defenses and Notre Dame does not have to play a conference championship game. The Irish do have to play Clemson this year.

Notre Dame does have an elite quarterback in Ian Book and the schedule is full of top-notch talent. Even with a loss to Clemson, there is a chance the Fighting Irish at +2800 could get into the CFP.

The most intriguing dark horse is Texas A&M. The Aggies have a ton of speed on defense and they have the best quarterback in the SEC – Kellen Mond. Last year, Mond totaled 3,397 yards and 28 touchdowns.

The Aggies play in the SEC West and will face both Alabama and LSU, but they won’t play either until the final two weeks of the season. They do not crossover to play either Georgia or Florida, the two best teams in the SEC East. Even a one-loss SEC champion Texas A&M would be worthy of the CFP making A&M a realistic longshot bet at +3300.