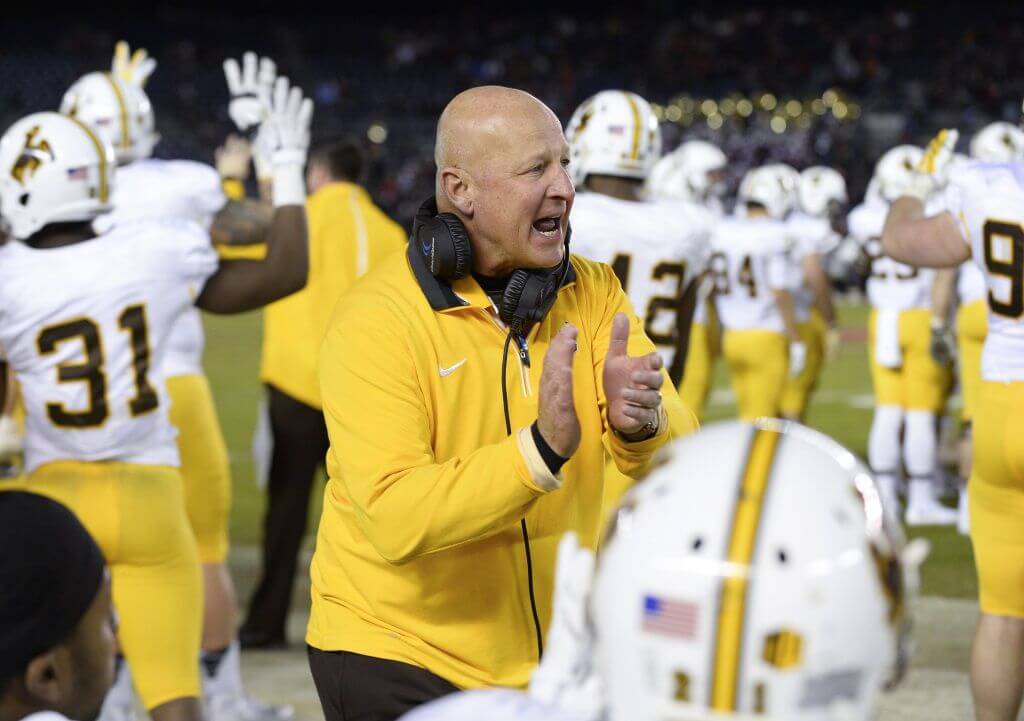 Specifically, the Cowboys’ stop unit has been 0.7 yards per play better than average against the run this season (3.8 yards per rush attempt to teams that would combine to average 4.5 yards per rush play).

Most teams can exploit Wyoming’s subpar secondary that is 1.0 yards per pass play worse than average, but the Wolf Pack are averaging just 179 yards per game through the air in 2016 at 6.7 yards per pass attempt.

I don’t see how Nevada will be able to move the chains in this game against a well-rested Wyoming squad coming off a bye and showing significant growth under head coach Craig Bohl.

Wyoming is averaging 33.2 points per game this season and should have success moving the ball against a terrible Nevada stop unit that struggles against both the run (0.7 yards per rush play worse than average) and the pass (0.6 yards per pass attempt worse than average).

My math model favors Wyoming by a touchdown and the situation is also favorable to the Cowboys, who are off a bye and face an emotionally-drained Nevada squad off a heartbreaking 14-10 loss to San Jose State last week.

Lay the points with the Wyoming Cowboys as Oskeim Sports’ Free Pick for Saturday, October 22!