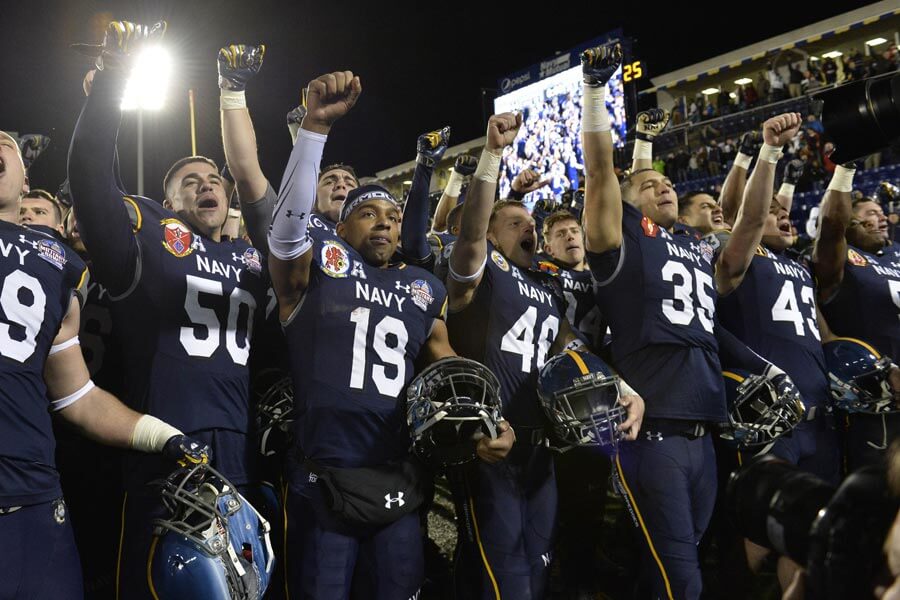 Navy is coming off a 46-40 upset win over Houston as 16-point underdogs, and I would ordinarily look to fade a team under those circumstances but the Midshipmen have had two weeks to digest that win (bye last week).  Moreover, our military academies produce the very best our country has to offer so I’m never concerned about issues involving focus or motivation when investing on Army, Navy or Air Force.

The good news for Navy fans is the fact that its potent option offense continues to get better as the season progresses.

Over the past four years, Navy’s option attack has averaged 27.4 points per game in its first six games.  However, during its next five games (leading up to Army), Navy has averaged 39.6 points per game.  While Memphis had the benefit of seeing an option offense last week against Tulane, that recently-installed scheme by head coach Willie Fritz is in its infancy and does not come close to comparing to Navy’s elite system.

Navy is 9-4 ATS in its last thirteen games as an underdog and 8-1-1 ATS in its last ten games in Annapolis, whereas the Tigers are 1-8 ATS as road favorites versus opponents off a win, 1-13 ATS after playing Tulane and have failed to cover their last four road games overall.

The situation is also favorable to Navy, who is off a bye and is playing at home for the third consecutive week (5 of last 6 overall), while the Tigers are traveling for the second consecutive week and are playing their third college football road game in the last four weeks.

Navy should have success moving the ball on the ground against a Memphis front seven that is allowing 216 rushing yards per game at 4.9 yards per rush attempt on the road this season.  The Midshipmen have also won all six of their American Athletic Conference games (4-0 SU last season; 2-0 this year) and continue to be undervalued by the betting market.

Finally, some will point to Memphis’ revenge motivation after last year’s 45-20 loss to Navy in the Liberty Bowl, but the Midshipmen are a perfect 3-0 ATS versus avenging foes.