Stanford Being Overlooked by the Pundits; Cardinal Primed for Upset 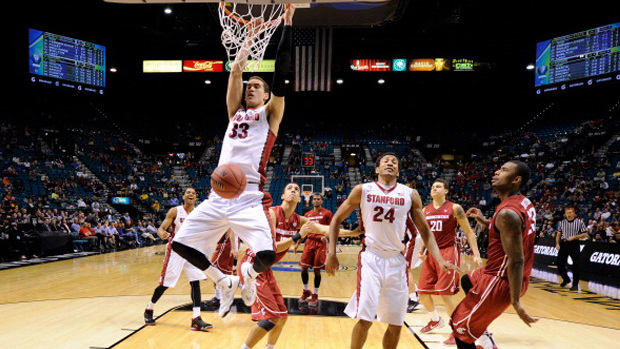 My math model only favors New Mexico by one point and the Lobos apply to a very negative 21-56-3 ATS tournament letdown situation of mine that is predicated upon their success in the Mountain West Conference tournament.   Meanwhile, Stanford head coach Johnny Dawkins is an impressive 16-16 SU and 20-12 ATS versus .801 or greater opposition so he is more than capable of preparing the Cardinal for their matchup against the 27-6 Lobos. Let’s also note that Stanford is 9-2 SU and ATS in its last eleven games versus Mountain West opponents, including a perfect 4-0 SU and ATS the last four.

Stanford’s best opportunity to win this game is to shoot a larger than normal amount of three-pointers in order to exploit New Mexico’s week perimeter defense.   The Cardinal are making 37.1% of their 3-point attempts so they are more than capable of taking advantage of the perimeter in this game.  Take Stanford plus the points and invest with confidence.