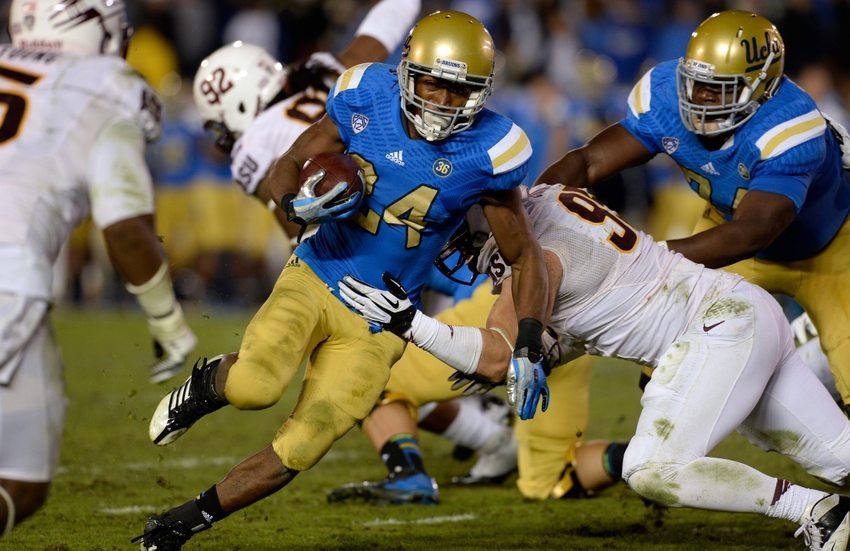 Arizona State head coach Todd Graham has done a terrific job in Tempe and remains one of the most underrated coaches in college football.  Upon arriving in 2012, Graham led the Sun Devils to their first bowl win in seven years and followed that up with the program’s second double-digit win season since 1996 (earning Pac-12 Conference Coach of the Year honors).  Now, with only eight returning starters and the exodus of ten of their top 12 tacklers, many observers question whether the Sun Devils are legitimate contenders in the Pac-12 this season.  My answer to the critics is yes as history shows that Graham can accomplish a lot despite having little experience on his team.  With only eight returning starters in 2012, Graham exceeded expectations by leading the Sun Devils to an 8-5 record and a postseason berth.

Arizona State now turns to Mike Bercovici, who nearly won the starting job in a heated preseason battle with Kelly over the summer.  Bercovici is also the beneficiary of a bye week, which allowed him to practice with the first team offense before facing UCLA.  “Going into this game is nothing new, as far as anxiety or anything like that,” Bercovici said after Monday’s practice.  “I’ve just got to go in and do my job, not turn the ball over, get the sticks moving.”

UCLA is a money-burning 9-27 ATS on the road off two or more consecutive wins and 6-21 ATS on the road off three or more consecutive wins, whereas Arizona State head coach Todd Graham is 18-6 ATS at home versus teams off a win. Many commentators will undoubtedly cite the revenge factor for the Bruins, who lost 38-33 to Arizona State last year, but UCLA is 0-8 ATS on the road with conference revenge.  Meanwhile, the Sun Devils are 6-1 ATS at home versus conference opponents with revenge.  Arizona State also applies to a very good 75-45-1 ATS situation that invests on certain home teams off a win and a bye.

With the last three games in this series having been decided by 1, 2 and 5 points, grab the live home underdog and invest with confidence.