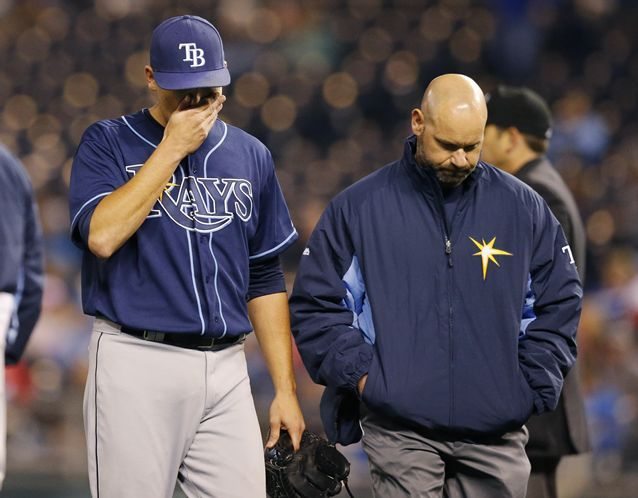 Prior to Monday’s game at Tropicana Field, Cleveland manager Terry Francona held a team meeting to discuss the Indians’ recent struggles. Cleveland had just been swept over the weekend by Baltimore and only scored three runs in the series. The Indians were averaging a paltry 2.75 runs per game through 24 games, entering Monday, which was a far cry from the 5.03 runs per game Cleveland was averaged in May (29 games).

Following that meeting, Cleveland has won three straight against the Rays, scoring a combined 21 runs in the process. Now, the Indians give the ball to Corey Kluber, who owns a 3.66 ERA and 1.14 WHIP in 2015. Those surface statistics are misleading in light of Kluber’s underlying metrics: 2.63 FIP, 2.74 xFIP and 2.72 SIERA.

Moore’s velocity has not returned to pre-surgery levels and the southpaw will likely be on a strict pitch count in his first start in over 14 months. I should also note that Moore garnered a pedestrian 4.15 SIERA in 2012, a 4.24 SIERA in 2013 and a 4.99 SIERA in 2014 (limited action prior to injury).

From a technical standpoint, Cleveland is a profitable 10-4 in its last fourteen road games versus teams with a losing record, 41-20 as a road favorite of -150 or less and 8-3 in Kluber’s last 11 starts against American League East opposition. The Rays are a money-burning 3-10 in their last thirteen games after losing the first three games of a series and 3-13 in their last sixteen versus right-handed starters.