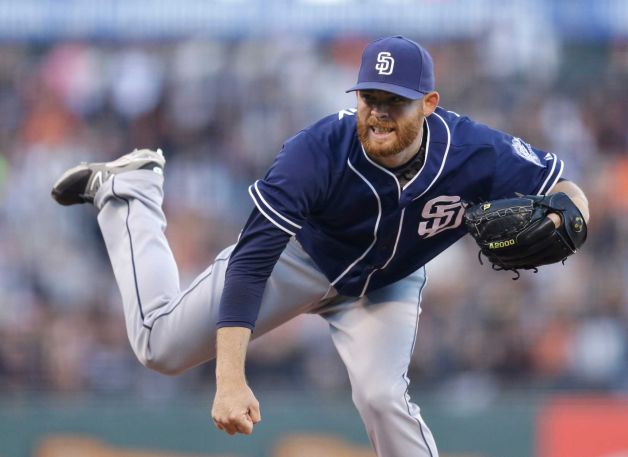 The casual baseball observer will take notice of Mike Montgomery’s 2.04 ERA and 0.96 WHIP this season, including his 2.02 ERA and 0.98 WHIP over his last three starts. The 25-year-old is coming off his most impressive outing yet wherein he threw a complete game shutout against the Royals (9 IP; 4 H; 10K; 0 BB). There is no question that the former first round Draft pick by Kansas City has done an excellent job filling in for the injured James Paxon, but his surface statistics epitomize a house of cards. The one-time prospect has been shipped around since being drafted by the Royals, landing in Tampa Bay before being sent to Seattle at the end of March.

Scouts suggested during the offseason that Montgomery’s potential would be limited to being a “7th inning guy” or a “spot starter” or a “long man” out of the bullpen. His minor league career has been unremarkable, posting a strikeout rate in the high teens and a walk rate between 7% to 10%, both of which are average to below average marks. The southpaw’s mid-40% groundball rate further suggests that his arsenal is pedestrian at best. Montgomery owns a 4.24 career Minor-League ERA, together with a 7.4 K/9 rate so his ceiling is limited at best. Let’s take a look at Montgomery’s Triple-A numbers with the Rays:

Montgomery boasts a 2.04 ERA in five starts this season, but his underlying metrics tell an entirely different story: 4.15 xFIP and 4.24 SIERA. He also owns a 4.42 xFIP on the road with an alarming 4.50 BB/9 ratio. Montgomery’s brilliant surface stats have also been aided by an unsustainable .243 BABIP and 80.9% LOB%. Finally, let’s not lose site of the fact that Montgomery’s results are derived from a small sample size, a period covering just 35.1 innings.

Indeed, since Wednesday, Kemp has seven hits in 16 at-bats with two doubles, two home runs and five RBIs out of the top spot in the order. San Diego has scored 23 runs in its last four games with Kemp hitting atop the lineup, and Kemp became the third member of the Padres to reach 40 RBIs this season after knocking in a run on Saturday.

It’s also noteworthy that San Diego is the only team in baseball with three players who have knocked in 40 or more runs this season. Meanwhile, the Mariners are last in the American league in scoring and lose their designated hitter tonight at Petco Park.

With San Diego standing at 4-1 in its last five home meetings with Seattle, take the Padres as out free Best Bet winner and invest with confidence.