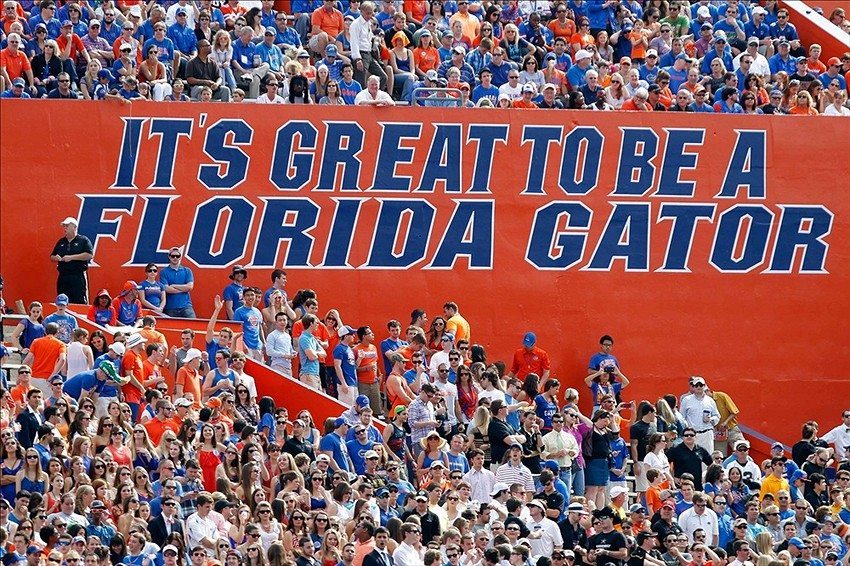 Despite being 4-0, including posting back-to-back SEC wins over Kentucky (14-9) and Tennessee (28-27), the Gators are receiving very little attention on the national level. New head coach Jim McElwain may be learning his way around Gainesville, but he’s very familiar with the SEC after serving as Alabama’s offensive coordinator between 2008 and 2011.

McElwain also brought in offensive and defensive coordinators with extensive SEC experience in Doug Nussmeier (OC at Alabama from 2012-2013) and Geoff Collins (DC at Mississippi from 2011-2014).

This is a fairly even matchup from the line of scrimmage when the Rebels have the ball as they only possess a nominal 0.1 yards per play advantage over an outstanding Florida defense. And, while Mississippi looks to have an edge through the air, the Gators boast one of the nation’s best secondaries that is allowing just 191 passing yards per game in 2015 (55.0% completion rate).

Quarterback Will Grier took a significant step in the right direction in Florida’s 28-27 win over Tennessee last week by rallying the Gators from a 13-point deficit in what some describe as the best fourth quarter by a Florida quarterback since Tim Tebow’s performance in the 2008 SEC Championship game.

Grier threw for 141 yards and two touchdowns and looked composed in the pocket in the face of heavy pressure. Overall, Florida has been 0.4 yards per pass play better than average offensively (7.8 yards per pass attempt against teams that would combine to allow 7.4 yards per pass play), which is good enough to open up the Gators’ ground attack that continues to improve behind an inexperienced (but maturing) offensive line.

From a technical standpoint, Florida is 6-1 ATS in its last seven games versus teams with a winning record and 4-1 ATS in its last five conference games, while the last four meetings in this series have been decided by six points or less.  With the underdog standing at a perfect 5-0 ATS in this series, take the generous points in The Swamp as Oskeim Sports’ free Best Bet and invest with confidence.

Mississippi Injury News: All-American offensive tackle Laremy Tunsil is out Saturday while the NCAA continues to investigate whether he violated NCAA rules. Tunsil is rated by ESPN’s Mel Kiper as one of the top-five overall prospects in the 2016 NFL draft. He’s a two-time All-SEC selection and has started at left tackle since his freshman season.

Mississippi will also be without safety Tony Connor for at least four weeks after he suffered a torn meniscus in his right knee against Alabama. A preseason All-America selection, Conner led SEC defensive backs with nine tackles for loss last season and finished second on the team with 69 tackles, earning second-team all-conference honors. In the Alabama win he had 10 tackles, including 1.5 for loss.