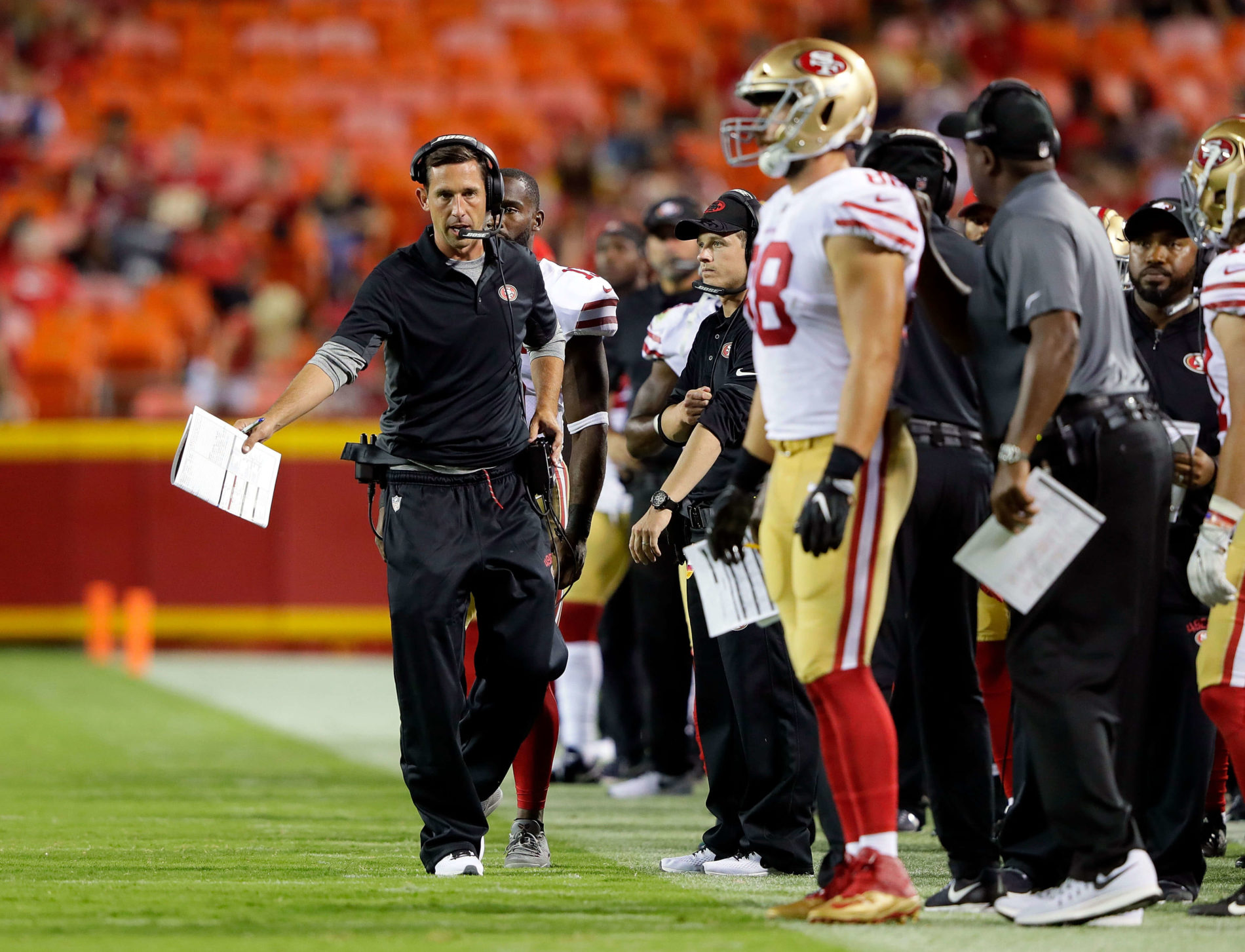 Not surprisingly, the betting public has grown tired of the 49ers, who arrive in Arizona having lost each of their first three games of the 2017-18 campaign. However, San Francisco has outperformed the betting market (2-1 ATS) and is extremely well-coached under first-year mentor Kyle Shanahan.

“I feel like we’re going in the direction that I hoped we’d be going,” Shanahan said. “Obviously, I wish we were 3-0, and we’re 0-3, so that’s disappointing, but I feel like our guys are competing. I feel like we’re playing the right way. I feel like we’ve gotten better in each game. “I’m proud of what I see on tape, even though I know it’s not always the best. But I feel proud that guys are trying their best, and the main thing for us is that we continue to get better.”

The 49ers possess a powerful ground attack led by Carlos Hyde, who ranks third in the league with 253 rushing yards.

Overall, San Francisco is 0.2 yards per rush attempt better than average in 2017, and backing an underdog with a solid ground game is generally a good investment.

The scheduling circumstances strongly favor the 49ers, who are coming off a Thursday night affair and have had ten days to prepare for Sunday’s critical division affair with Arizona.

In contrast, the Cardinals are coming off a disappointing 28-17 loss to the Cowboys on Monday night and have a short week to prepare for today’s game.

The Cardinals lost under the Monday Night lights despite finishing with a 36:15 time of possession, which is relevant in that NFL teams are just 84-111-5 ATS after a game in which they controlled the ball for at least 35:49 but lost.

One final interesting nugget: Arizona wide receiver Larry Fitzgerald caught thirteen passes for 149 yards against the Cowboys. NFL teams that had a receiver catch 13+ passes in their previous game are a woeful 31-44-3 ATS.

While Arizona quarterback Carson Palmer has performed better than his metrics indicate, the Cardinals have been decimated by injuries on the offensive side of the ball.

David Johnson, who had over 2,000 yards of total offense last season, is sidelined for the remainder of the year, while wide receiver John Brown has missed the past two games with a quad injury and was limited at Wednesday’s practice.

Finally, Arizona is 0-7 ATS since September 30, 2016 at home versus an opponent that is averaging less than ten passing first downs per game. Laying a touchdown with a team that is 0.2 yards per play worse than average from the line of scrimmage is tantamount to burning money.

Grab the points with the 49ers as one of Oskeim Sports NFL free picks for Sunday, October 1.