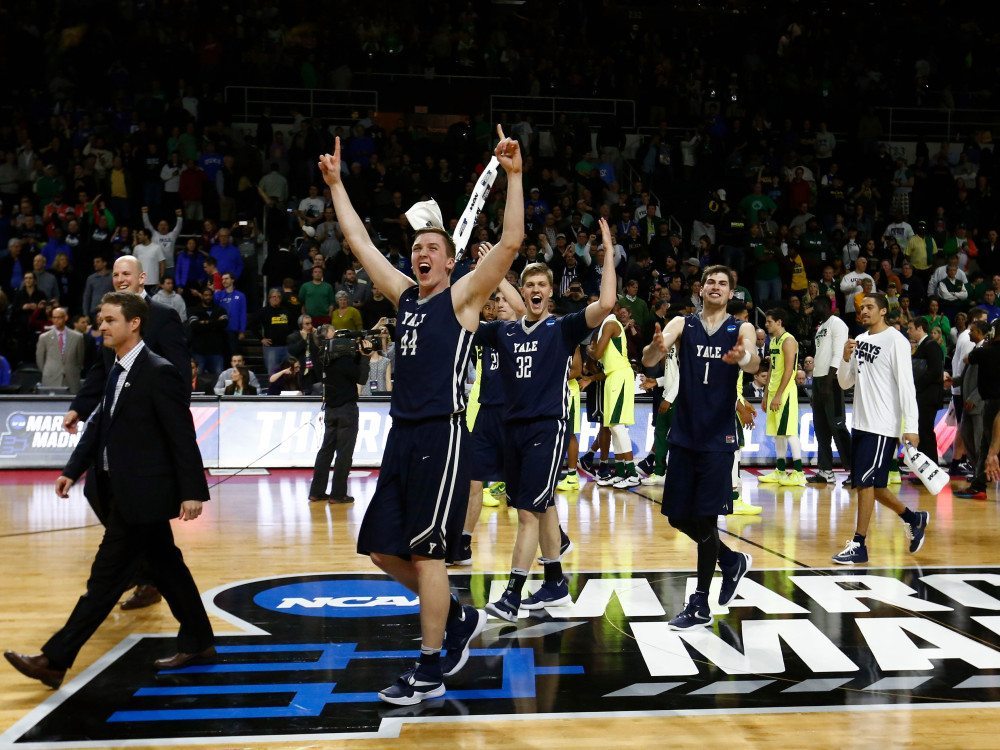 The disparity in the team’s respective strengths of schedules is also significant. Duke owns quality wins over Virginia Commonwealth (79-71), Indiana (94-74), Louisville (72-65), Virginia (63-62) and North Carolina (74-73), whereas the Bulldogs best win of the season came against Baylor in the First Round of the NCAA Tournament.

Outside of that win, Yale suffered losses to SMU, Duke (lost by 19), Illinois, USC (lost by 12) and Princeton (lost by 12). Prior to their ouster of Baylor in the Tournament, the Bulldogs best win came against Princeton, who barely cracks the top 100 of my power rankings.

From a technical standpoint, Duke is 6-1 ATS in its last seven NCAA Tournament games and 5-0 ATS in its last five games versus Ivy League foes, whereas the Bulldogs are a money-burning 2-5 ATS in their last seven contests against ACC opponents. This is the 32nd time in the past 33 years that Duke has made the Tournament (all under Mike Krzyzewski), but its only the fourth time the Blue Devils are not a top-three seed. Meanwhile, this is Yale’s first NCAA Tournament appearance since 1962 so the experience edge strongly favors the Blue Devils.

In last year’s Tournament, the six ACC teams combined for seventeen wins, tying for the most by a conference in the Big Dance. Finally, if the game is tight down the stretch, which I believe is unlikely, Duke is making 72.2% of its free throws this season. In contrast, the Bulldogs are shooting just 66.8% from the foul line, including 66.4% over their last five games. Lay the points with Duke as Oskeim Sports’ NCAA Tournament Best Bet and invest with confidence.