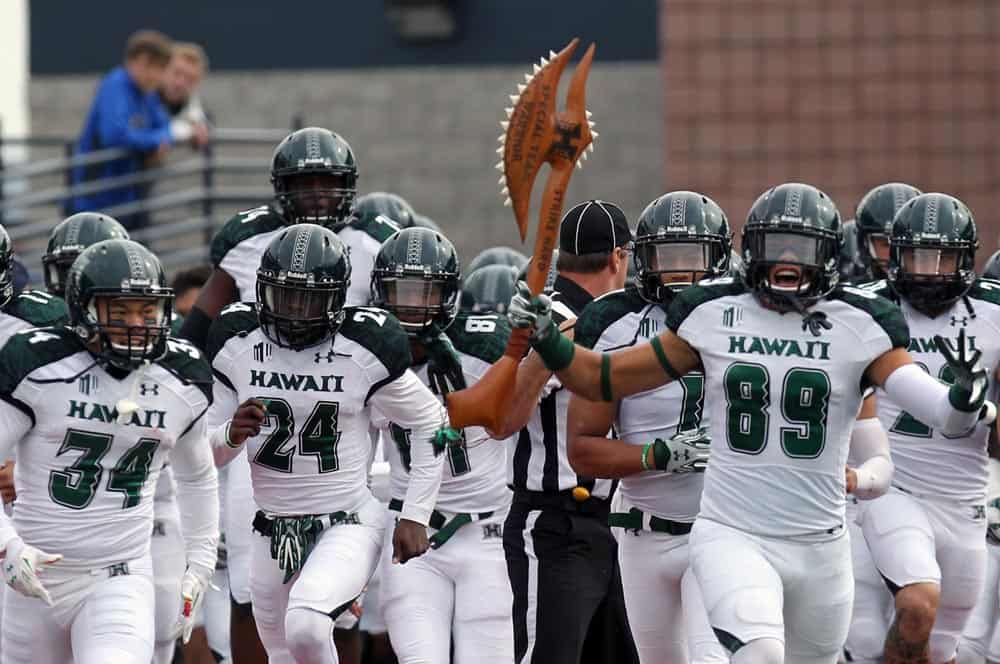 Oskeim Sports previews the college football game between Hawaii and San Jose State on Saturday, September 29.  Oskeim recommends taking the Spartans plus the points as one of his NCAA Football picks for Saturday.

My math model only favors Hawaii by 2.9 points, while several of my secondary models have the margin even smaller. The betting market has completely overreacted to Hawaii’s 4-1 start to the 2018 campaign. The Rainbow Warriors have been favorites on the mainland four times since 2010, and they have done 2-2 SU and 0-4 ATS in those contests.

San Jose State finished 2017 with an upset win over Wyoming as 18.5-point favorites and has shown improvement this season under second-year head coach Brent Brennan.

Hawaii doesn’t have as larger of an advantage offensively in this game as one would think. The Rainbow Warriors’ attack has been 0.1 yards per play better than average in 2018 (7.6 yards per play against teams that would combine to allow 7.5 yards per play to a mediocre offense).

Overall, Hawaii possesses a nominal 0.1 yards per play advantage offensively from the line of scrimmage over the Spartans’ defense.

The Spartans held Oregon to a season-low 443 yards in their last game and have had two weeks to prepare for Hawaii’s attack. Meanwhile, Hawaii’s porous defense arrives on the mainland allowing 428 total yards per game at 6.3 yards per play to teams that would combine to average just 5.2 yards per play against a mediocre stop unit).

Hawaii was also hit hard by graduate transfers during the offseason, leaving head coach Nick Rolovich with one of the youngest and least inexperienced rosters in the nation (just 9 returning starters overall).

Hawaii is 1-10 ATS in its last eleven road games versus teams with a losing home record and should not be laying double-digits in a road conference affair against a well-rested opponent.

The value rests squarely with San Jose State so grab the points with the Spartans as one of Oskeim Sports free NCAA Football Picks for Saturday.