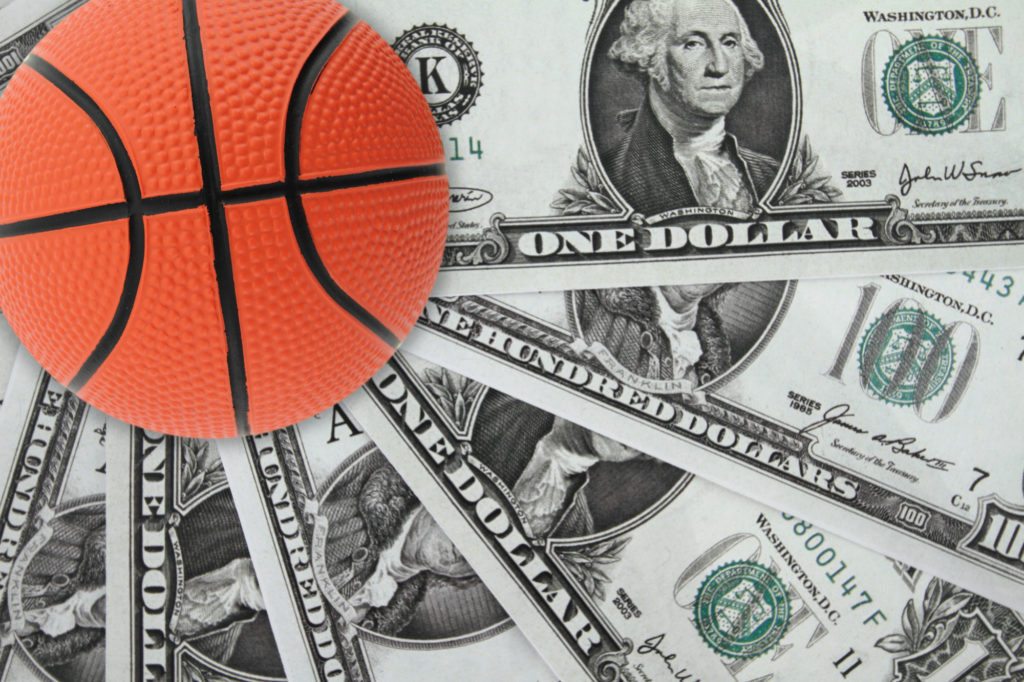 The NBA playoffs are well underway and at this juncture, it looks like it might be one of the most competitive yet. Aside from the surprise upset of the Trailblazers by the Pelicans, almost every other series is going to go at least 5 games in the first round.

There has been a surprising amount of parity in the league this year, especially in the Western Conference, with there only being a two-game difference in the records of the #3 seed and the #8 seed. So it comes as no surprise that the playoffs have been highly contentious.

This is good news for fans of fun-to-watch basketball, but it makes things pretty unpredictable on the betting front.

If you want to make sure you’re not throwing your money away this postseason, check out these NBA Betting Tips.

Despite the unpredictability of the playoffs thus far, a pretty safe bet to make is to take the over on game point totals. The speed of NBA teams’ offense has progressed to the point where nearly every team has been averaging over 100 points per game in the playoffs.

So if your bookie has the line for a given game’s point total near 200, take the over. Chances are the teams will combine for well over that. This is one of the most foolproof NBA betting tips out there.

The Heat-Sixers series, for example, has had an average point total of 223 points per game so far. Most lines for point total bets for this series have floated around 208-211, so taking the over is more than safe.

The same goes for nearly every series so far except for the Cavs-Pacers series, which has been a brutal, low-scoring affair.

Utah has been facing off the Thunder in the first round, and frankly, the Thunder just don’t look like they’ve got their heads in the game. The Thunder’s stars: Carmelo Anthony, Paul George, and Russel Westbrook have had abysmal shooting performances in nearly every game.

The Utah Jazz, on the other hand, has been on fire since the second of half the regular season, finishing with a 28-5 record. Thanks to a lockdown defense and a potent offense, they’ve manhandled Oklahoma for most of this series.

They’ve also covered the spread 77% of the time this series. Overall, they’re just a reliable horse to bet on as long as they’re playing Oklahoma.

The Sixers Are Better Than We Thought

The Sixers are currently up 3-1 against the Heat and this is not because the Heat has not been a worthy opponent. Led by Erik Spoelstra, the Miami Heat are tough, gritty team with the 4th best defensive team in the league. Despite that, the Sixers have been cutting up their defense like Swiss cheese.

Led by Ben Simmons, a returning Joel Embiid and an arsenal of perimeter sharpshooters, the Sixers have been unstoppable. They look not only to be a lock for this series but perhaps for the Eastern Conference in general.

The other favorites to the win the East – the Raptors and Cavaliers – have looked very shaky against opponents with similar talent to the Heat.

The Cavaliers, in particular, have an absolutely atrocious defense, and can barely contain Indiana. The Sixers have far more offensive talent than the Pacers, and the Cavaliers simply do not have the personnel to match up against them.

If they were to face off in the Eastern Conference Finals, the Sixers should be the favorite. As of right now, though, the Sixers and Cavs have equal odds of winning the east, so you should bet on the Sixers now.

The betting odds will only become more unfavorable as the Sixers provide further proof of their dominance.

Unless the Spurs pull off the upset of the century, the Pelicans are set to face off against the Warriors in the next round.

The Warriors, despite losing Steph Curry for the first round, have given no cause for concern about their chances for the title. But they’ve been playing against the Spurs, who have a very depleted roster and their coach, Greg Popovich, lost his wife mid-series.

Suffice it to say, they haven’t faced a quality opponent in the playoffs yet.

The Pelicans, on the other hand, are a different beast. They’re fresh off a sweep, so their legs will be well-rested in time for their showdown against the Warriors. They’ve also had one of the best performing back-courts in the playoffs thus far in Rajon Rondo and Jrue Holiday.

If Steph Curry can’t make it back to the floor in time for Round 2, the Warriors title hopes might be in jeopardy.

The Pelicans back-court, coupled with the unguardable beast that is Anthony Davis, is going to give the Warriors all they can handle.

The Warriors will likely still win this matchup, but you can bet on the series going at least 6 games in our opinion. We don’t know for sure yet, but the line on this should be favorable.

Gambling on the postseason basketball is one of the most exhilarating things you could do from the comfort of your couch. Of course, while it is fun, going bankrupt isn’t. So you want to make sure you’re making safe bets with expendable income.

And hopefully, with these NBA betting tips, you’ll be able to rake in plenty of cash this postseason.

If you’d like to get more NBA postseason insights and free NBA betting tips, check out our other article on how to make money this postseason. We’ve got a ton of fantastic analysis for you to check out on the rest of our blog as well.