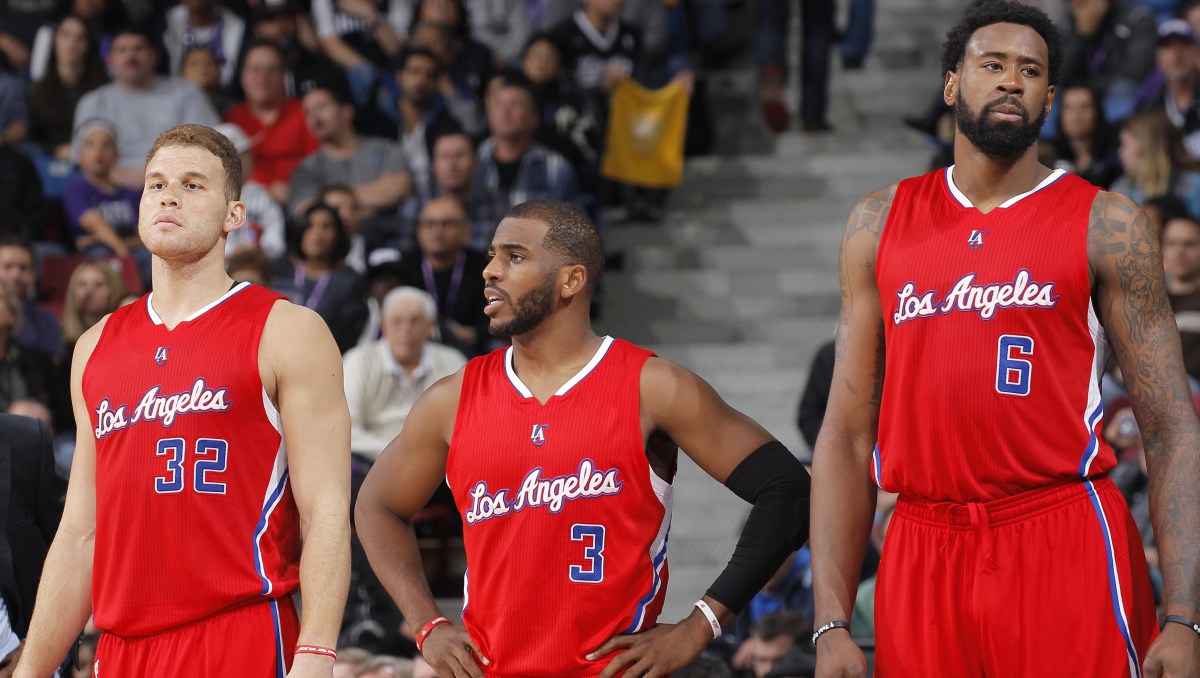 Two weeks ago the Clippers had lost four straight for the first time since Doc Rivers took over as head coach and seemed completely disillusioned without Blake Griffin. But, something happened following the Clippers’ humiliating 131-108 loss at Oklahoma City, and that something was an emotional team meeting in which the players realized that their current form was unacceptable. “We knew it was going to take a total team effort,” said DeAndre Jordan. “Everyone had to play better.”

And, play better they have as the Clippers have reeled off four consecutive wins – three by fifteen or more points – without their leading scorer and All-Star forward. Contributions have come in the form of center DeAndre Jordan, who has record four straight double-doubles and Austin Rivers, who came off the bench to record a career-high 28 points against Sacramento on Saturday. “That second unit , that group, came in and changed the game for us,” Rivers said of both Rivers and Jamal Crawford, who combined for 51 points off the bench.

Los Angeles possesses an explosive offense that is averaging 107.3 points per game on 47.3% shooting from the field and 37.2% from beyond the arc against teams that would combine to allow 99.9 points per game to a mediocre offensive squad. More impressively is the fact that the Clippers are 23-7 at home this season where they are averaging 108.2 points per game on 47.8% shooting from the floor and 38.0% from three-point territory. Most importantly, the Clippers’ attack takes the floor in excellent form as they are averaging an incredible 115.6 points over the last five games (4 without Griffin), including shooting 48.3% from the field.

The situation is also favorable for Los Angeles in that the Grizzlies are coming off a 98-92 road win over Portland wherein they erased a thirteen-point deficit in the fourth quarter. After “scratching and clawing” in the final minutes of last night’s game to secure an improbable come-from-behind win, the Grizzlies now have to play a surging Los Angeles squad that has a lot to prove. From a technical standpoint, Memphis is a money-burning 2-6 ATS in its last eight road games versus teams with a winning home record and 1-4 ATS in its last five games following a win.

Los Angeles also enters tonight’s game with same-season revenge (lost to Memphis 107-91 in November), which is significant in that the Clippers are 71-16-4 ATS in straight-up wins as a favorite when avenging a double-digit loss. Meanwhile, the Grizzlies are 9-18 ATS versus teams with double-digit revenge, including 3-10 ATS away from home.

Finally, Los Angeles is 22-2 SU at home versus unrested opponents. Take the Clippers on the money-line in this NBA battle and invest with confidence.