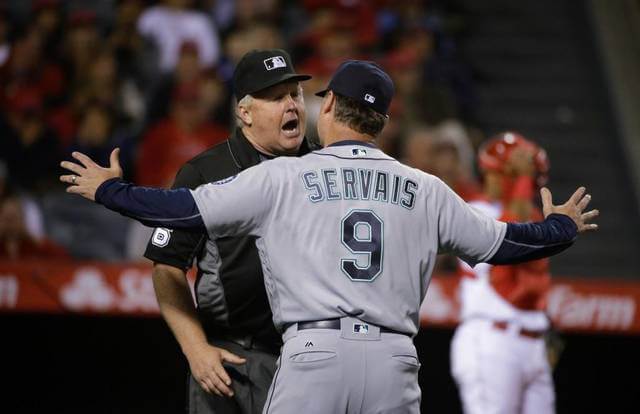 Seattle right-hander Nate Karns is having a solid 2016 MLB campaign as evidenced by his 3.38 ERA and 1.32 WHIP, including posting a 3.00 ERA and 1.08 WHIP at home and a 1.86 ERA and 1.03 WHIP over his last three starts. One of Karns’ most effective pitches has become his changeup, which has added nearly two inches of drop and is the catalyst to his current 9.87 K/9 rate.

The 28-year-old is coming off three consecutive quality starts and boasts an impressive 38 strikeouts in 34 2/3-innings. The only drawback for the talented righty has been the long ball (1.4 HR/9 lifetime), although pitching within the friendly confines of Safeco Field certainly aids his cause.

Karns is also backed by an outstanding Seattle bullpen that owns a 2.34 ERA and 1.00 WHIP this season, together with a 2.56 ERA and 1.09 WHIP at night and a 2.42 ERA and 1.30 WHIP over its last seven games. Seattle owns the best record in MLB since April 13, and that success can be attributed to both timely hitting and an elite bullpen. Manager Scott Servais said over the winter that a good bullpen would cover up many of the flaws for a first-year manager, and Seattle’s relievers have helped their manager look good.

The bullpen is first or tied for first in MLB in seven categories, including ERA and opponent batting average. Not surprising, the Mariners are 8-6 in one-run games already after going 28-29 last year. “We’re just going to have to be comfortable being in them. Our starting rotation is going to keep us in games, our bullpen has been very consistent, is going to keep it tight, we’re going to be in those games,” Servais said.

Tropeano possesses excellent secondary offerings (10.23 K/9), but relying upon those pitches has driven up his pitch count in nearly every start. From a technical standpoint, Los Angeles is a money-burning 0-6 in its last six games, 10-21 in its last 31 road games versus teams with a winning home record and 1-4 in Tropeano’s last five starts.

Conversely, the Mariners are 6-0 in game 1 of a series, 11-4 versus right-handed starters, 8-3 versus division foes and 5-0 in Karns’ last five starts. Take Seattle and invest with confidence.