Battle of the Southpaws at Fenway: Keuchel vs. Price 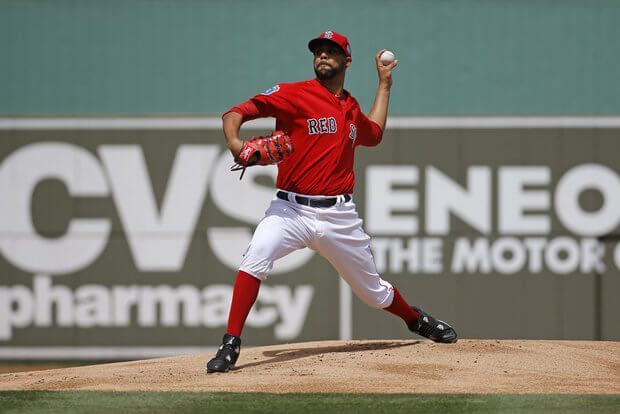 Price has the second-worse ERA in baseball, his velocity is down and some are wondering if the 180-plus innings he has pitched in every full year since 2010 has taken a toll on his arm. Indeed, Price threw a combined 243.2 innings between the regular season and the playoffs during 2015.

However, Price has adjusted his mechanics after fellow teammate Dustin Pedroia noticed a flaw in his delivery. “For me, it’s something I take pride in, to be able to make adjustments to find my staples, the things that I can always go back on and say, ‘This is the way that I need to throw the baseball. This is the way that I need to do things,'” Price said. “I guess I watched video from last year and I wasn’t doing that last year. I had good success last year, but I didn’t have that rhythm earlier on this year. It’s definitely frustrating to know that it can be something that small.”

Let’s also note that Price has the lowest strand rate among all qualified starters in baseball this season (54.2%), which is both incredibly unlucky and completely unsustainable. I expect Price’s strand rate to regress towards his career average of 74.3%, resulting in a significantly better ERA.

The veteran hurler also owns the second-highest BABIP among qualified starters and, like his LOB%, that number should regress closer to his career average moving forward. The Red Sox have also won six straight home games.

In short, Price’s peripheral statistics show dominance despite his ugly ERA. He owns the seventh-best K-BB% among starters in baseball this season and I expect significant improvement from the left-hander beginning tonight against an exhausted Houston squad that is averaging 3.3 runs per game versus left-handed starters (.212 AVG; .301 OBP) and 3.6 runs per game on the road (.216 AVG; .288 OBP). Price is also 3-2 with a career 2.89 ERA and 0.91 WHIP versus the Astros.

With Houston standing at 8-18 at night and 10-24 on the road versus southpaws, take the surging Red Sox at Fenway and invest with confidence.