Much Love for March Madness 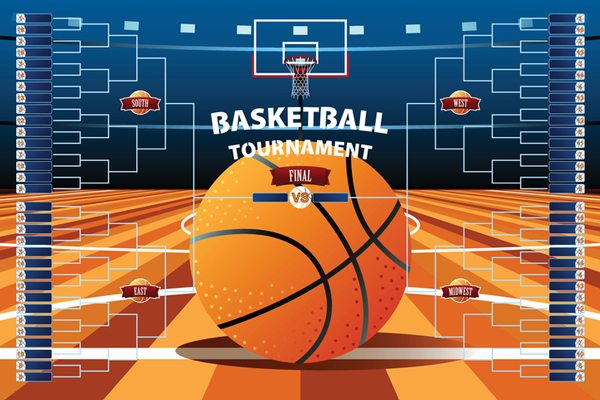 In the United States, March not only brings the first day of spring, but also the Madness. People may dance at the arrival of nicer weather, but the “big dance” in March is done on the basketball court. This is the time of year when college basketball reaches its pinnacle of pandemonium as we glue ourselves to TVs. For a couple weeks, we are in total awe of the March Madness Tournament in hopes of major upsets and for our team to cut down the nets.

Die-hards and casual fans alike fill out those infamous brackets and look to predict the future by casting the winners of each head-to-head college basketball matchup. Do you make your picks because your alma mater made it to the tourney? Do you like the team’s colors or their mascot? Or do you perform precise research? If so, trust us for our top sports picks for your March Madness pool! Whatever the reasoning, it is no secret how much time and effort is put into following and analyzing this tournament. According to NCAA statistics from last year’s tournament, “the 2017 NCAA tournament is the second most-watched in 23 years…and the second-highest average viewership through the Final Four since 1994.”1

Of course, the actual players, coaches, staff, and schools are the ones to be proud of and are the most invested, but the overall uproar this time of year creates is a sports fan’s dream. This annual tournament is ultimately something to look forward to, but you may ask yourself, how did it all begin?

It is believed that what we know today as the NCAA Division I Men’s Basketball Tournament (March Madness), was created way back in 1939.  The annual tournament was founded by the National Association of Basketball Coaches. The effort was led by a select few, most notably, Hall of Famer Harold Olsen who was the head basketball coach of Ohio State at the time.

The first 10+ years of the tournament only saw 8 teams playing against one another and actually watching games on TV did not become the norm until the early 1980’s. As time progressed and basketball evolved, the madness only grew and grew as the total amount of teams vying for the championship has grown to 68 (4 regions of teams ranked #1 to #16) with all rounds of games being broadcasted on TV!

What makes this tournament so great is the win or go home format and the hopes of witnessing major upsets! In fact, only once have all #1 seeds made the Final Four, which occurred in 2008. With that being said, a #16 seed has never defeated a #1 seed. Despite this, there have been several occasions when #15 seeds took down the #2 seeds along with #14 seeds taking down their counterpart #3 seeds.

In recent memory, two big upsets happened on the same day when #15 seeds took down #2 seeds. On March 16, 2012, a C.J. McCollum-led Lehigh brought down heavily favored Duke while Norfolk State beat Missouri. But, probably the two greatest upsets ever occurred in the National Championship game!

In 1983, N.C. State was able to take down the ‘Phi Slama Jama’ team from Houston who had two future NBA Hall of Famers on their squad (Hakeem Olajuwon and Clyde Drexler). Just a couple years later, Villanova defeated the Patrick Ewing-led Georgetown Hoyas by having the game of their lives as they shot over 75% for the entire game! To this day, Villanova is the lowest seed to ever win the championship at a #8 seed.

This has been another great season of college hoops, however, we definitely think there are a few top teams to consider when making your sports picks. Based on their overall consistency, we think the following teams are safe choices to be champions:

Other teams we think you should make note of include: Kansas, North Carolina, West Virginia, Xavier, and Oklahoma (if the Sooners even make it!). To get the most accurate advice, buy our March Madness sports picks package today! Enjoy the games and keep your eyes peeled on as many games as you can because the spring isn’t just for blooming flowers, but also for budding stars!