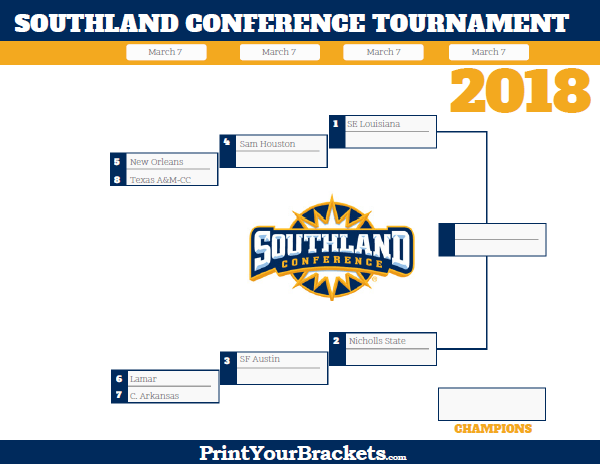 Also, be sure to read the entire writeup as Oskeim provides additional free sports picks at the bottom of this page.  Good luck this March Madness and enjoy the games!

Southeastern Louisiana entered the Southland Conference tournament as one of the hottest teams in the nation.  The Lions have reeled off eight consecutive wins and are hungry to avenge a ten-point loss to Sam Houston State on January 24.

I am making Southeastern Louisiana one of my free sports picks on Friday for the following reasons:

Let’s also note that Sam Houston State was a money-burning 6-11 SU on the road this season, whereas the Lions finished the 2017-18 campaign with an 11-8 mark away from home.

From a technical standpoint, Southeastern Louisiana is a profitable 8-3 ATS in its last eleven games versus .501 or greater opposition, while the Bearkats are just 4-9-2 ATS in their last fifteen games versus teams with a winning record, including 2-7-2 ATS against .601 or greater win percentage.

If you are interested in premium sports picks, be sure to visit Oskeim’s online store where you can join for a specific period of time or by sport.

While Oskeim’s free sports picks win at a 55% clip, you definitely want to see what his premium sports picks can do for you.