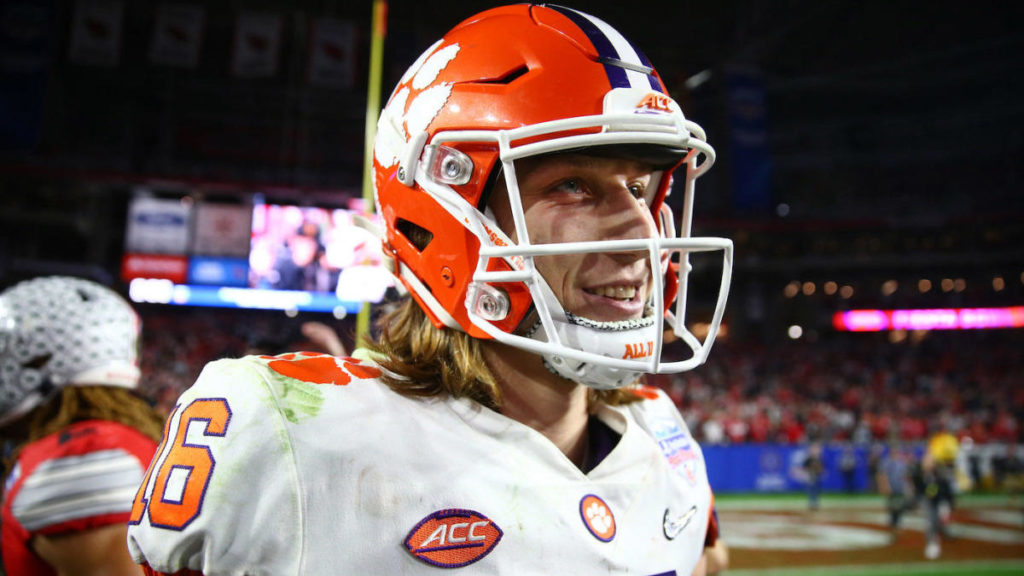 Looking ahead to the 2020 college football season gives many the hope that soon the sports world will return to some sense of normalcy. The coronavirus epidemic continues to hold sporting events captive in the early spring, but by the beginning of the fall, college football should be in full swing.

Any thoughts of the 2020 season usually begin with a look at national championship favorites and Heisman Trophy candidates. Here, we address the latter.

While Clemson QB Trevor Lawrence and Ohio State QB Justin Fields are the clear favorites to win this year’s Heisman, there are a number of quality candidates that offer more value in terms of wagers.

Fields, who threw for 3,273 yards and 41 touchdowns and ran for 484 yards and 10 more touchdowns, is a slight favorite over Lawrence. Fields stands at +350 to Lawrence’s +400. The Clemson quarterback led his team to a second straight College Football Playoff appearance last season and is primed to do it again in 2020.

If ever there were such thing as a human Swiss army knife, former Houston and now Miami quarterback D’Eriq King would be it. Back in 2018, King was a regular on ESPN’s Sportscenter with highlight after highlight of big plays.

During the 2018 season, King passed for 2,982 yards, ran for 674 more and scored a jaw-dropping 50 total touchdowns before missing the latter part of the season with a knee injury. King played 11 games in 2018 and was primed to be a Heisman candidate last season.

Things took a turn for the worse though when Houston was simply awful after four games. King decided to take advantage of the new redshirt rule and sat the rest of the 2019 season. His initial plan was to stay with the Cougars, but he wound up at Miami.

The Hurricanes program was desperately in need of a high-profile quarterback after last season’s disappointing 6-7 campaign. King’s dynamics should bolster what was one of the nation’s poorer running games (118.1 yards per game) in Miami.

If King can get Miami back into contention at least for an ACC title, the human Swiss army knife makes for a very interesting bet at +1000.

Texas quarterback Sam Ehlinger is as good a dual-threat quarterback as there is in the country. He passed for 3,663 yards and 23 touchdowns in 2019. He was also the Longhorns’ second-leading rusher with 663 yards and he scored seven times on the ground.

Whether or not Ehlinger is a Heisman candidate come December will largely depend upon his Texas teammates. It’s no secret that Heisman winners come from winning programs. Take Joe Burrow at LSU last season. Burrow was not a favorite in the preseason but was the odds-on favorite once his Tigers ripped through their schedule.

Ehlinger would need a similar performance to get into Heisman contention. Is it possible? Absolutely. If Texas can win a Big 12 title it could lead them to the CFP, which makes Ehlinger another value bet at +1200.

Last year, Oklahoma State’s Hubbard led the nation in rushing. It is likely he does the same in 2020. Still, Hubbard is a longshot to win the Heisman Trophy. His chances have less to do with his performance and more to do with his position – running back.

Over the past twenty years, the Heisman Trophy has been awarded to a quarterback in all but three seasons. Those three occurrences when it was not a quarterback did happen to be running backs, but that doesn’t really help Hubbard.

The 6-foot-1-inch, 207-pound Hubbard ran for 2,094 yards and 21 touchdowns last season. He also caught 23 passes for 198 yards. After thinking about going to the NFL, Hubbard decided to stay in school.

His Heisman chances will ride on how well the Cowboys do this season. Head coach Mike Gundy and company went 8-5 in 2019. They will have to do better than that for Hubbard to have a chance. The Oklahoma State running back is a longshot at +1600.

The Mother of All Sleepers

He was hurt most of last season, but Purdue’s Rondale Moore is special. He’s not very big at 5-9 and 180 pounds, but he is an extremely talented football player.

As a freshman in 2018, Moore caught 114 passes for 1,258 yards and 12 touchdowns. He was off to a great start in 2019 with 24 receptions for 334 yards and two scores in Purdue’s first two games. A hamstring injury limited him for the remainder of the season.

Make no mistake. Moore is a matchup nightmare. He runs great routes and is a great punt returner. The question will be what can the Boilermakers do in the Big Ten. Head coach Jeff Brohm’s offense is high-powered and will score plenty of points. Moore will have the stats, but will Purdue have the wins?

Even if they don’t, a small wager given Moore’s odds of +12500 could lead to a big payday for bettors.