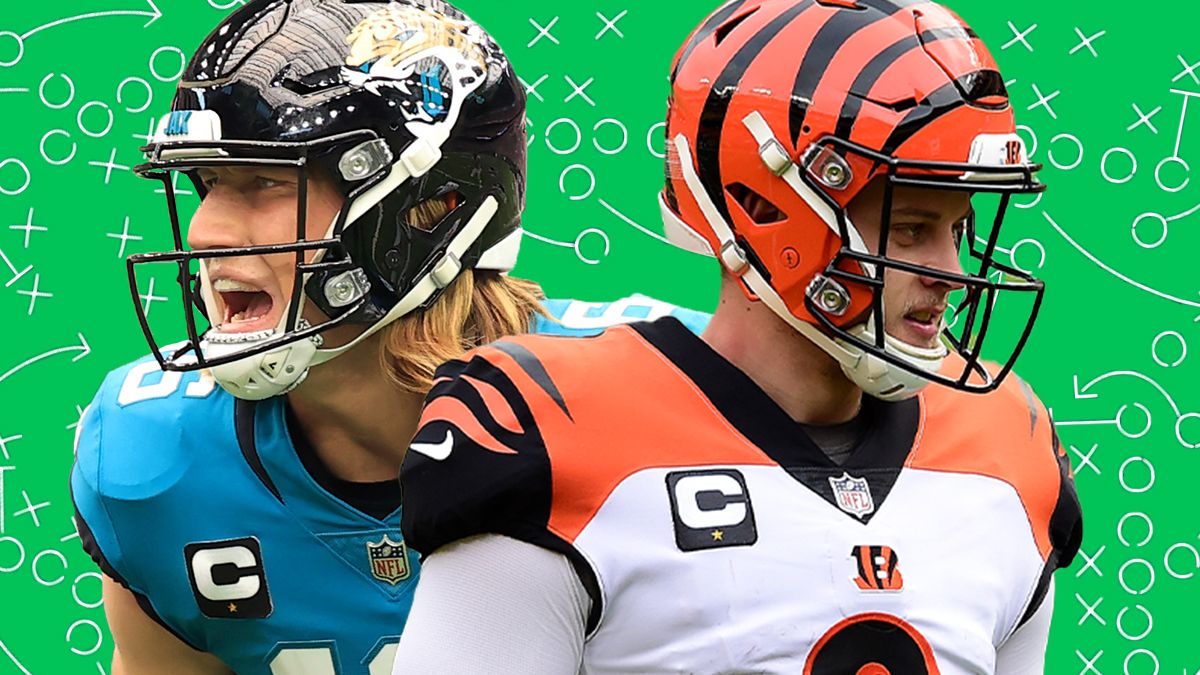 It might not be the best of Thursday night NFL matchups, but tonight’s Jacksonville-Cincinnati game does give us something unique. It’s a matchup of the past two overall No. 1 picks in the NFL draft. Quarterback Joe Burrow leads his 2-1 Bengals against Trevor Lawrence and the 0-3 Jaguars.

The Bengals have struggled through the past two seasons going 6-25-1under head coach Zac Taylor. Cincy is now 2-1 for the first time since 2018 with a chance to go 3-0 against one of the worst teams in the league right now.

Jacksonville gives up 30.3 points per game, which ranks 28th in the league. The Jags rank 29th in total defense and 28th in pass defense, which is a good thing for Burrow and his former LSU teammate Ja’Marr Chase. The two have connected for four touchdowns so far in the Bengals’ three games.

The Jags offense hasn’t been very good either. Jacksonville ranks 23rd in total offense averaging 315 yards a game. The Jaguars rank 27th in scoring offense at 17.7 points per game, but that is a bit misleading. Twelve of the 53 points the Jags have scored this year have come on returns by Jamal Agnew. He returned a kickoff 102 yards for a score against Denver and also returned a missed field goal for a touchdown.

Lawrence, as expected, has struggled. Rookie quarterbacks in the NFL generally have a hard time. They really have a tough time in their first few games. So far, Lawrence is completing just 54.2 percent of his passes and he has thrown seven interceptions compared to just five touchdowns.

Not having much of a running game has hurt Lawrence, but he did get James Robinson back in the lineup last week. Robinson ran 15 times for 88 yards in Jacksonville’s loss to Arizona.

On the other side, the Cincinnati defense has been pretty good. The Bengals are a top ten run defense. They rank eight allowing 78.3 yards per game. Cincy is also eighth in total defense (317 ypg) and the Bengals rank seventh in scoring defense giving up 18 points per game. The defense has been getting after the quarterback too. DT BJ Hill has three sacks and DE Trey Hendrickson has 2.5.

Cincinnati has gotten progressively better under Taylor. The Bengals have covered the spread in four of their last six games and they have done even better at home. Cincy is 6-2 ATS in their last eight home games. The Jags have struggled on both sides of the ball which is why they haven’t done as well against the spread. They are just 1-6 ATS in their last seven games and have not covered once this season yet.

The Bengals trend toward the Under, which has hit in seven of the team’s last ten games. Each of the last two games has gone Under, but Cincy also has an interesting trend toward the Over. In the last six games in which Cincy has been a favorite, the Over is 5-0-1.