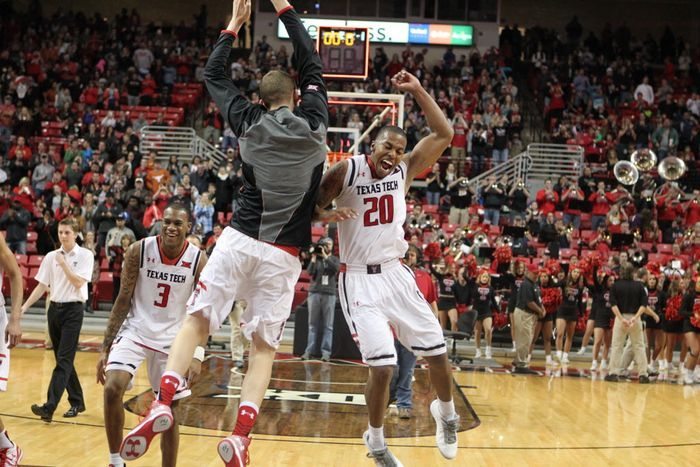 Despite taking down both Iowa State (85-82) and Baylor (84-66) last week, the Red Raiders continue to fly under-the-radar as evidenced by the fact that they are 9-2 ATS in their last eleven games following a win, 6-0 ATS in their last six games off a double-digit win and 7-0 ATS after two or more consecutive wins. Texas Tech is also 8-2 ATS after covering the Vegas number and 5-2 ATS in its last seven home games versus teams with a road winning percentage of .601 or greater.

Meanwhile, Oklahoma arrives in town with a leaking defense that is yielding 76.4 points per game in conference play and 75.9 points per game on the road. The scheduling situation is also difficult for the Sooners, who are coming off an emotional 76-72 home loss to Kansas and have a game on deck against West Virginia. Oklahoma is 1-3 ATS in its last four games after clashing with the Jayhawks and 1-6 ATS in its last seven games as a road favorite (1-4 ATS this season).

The Red Raiders are looking to avenge a humiliating 91-67 loss at Oklahoma last month, which is significant in that Tubby Smith’s squad is 7-2 ATS with same-season revenge from a loss of nine or more points in this series. My math model favors Oklahoma by four points so the line is fair, but the situational and technical analysis favors the home underdog. Grab the points as Oskeim Sports’ free college basketball sports pick and invest with confidence.