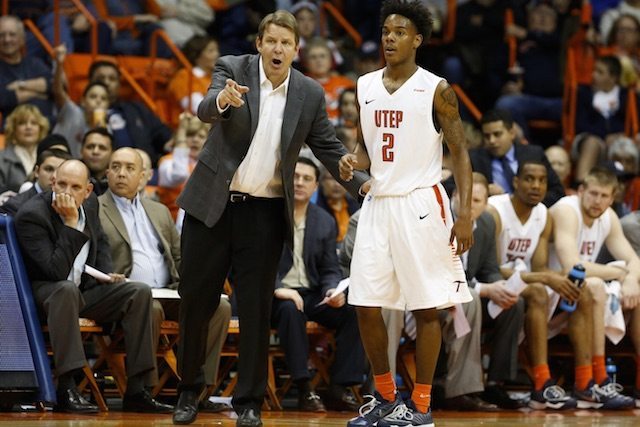 UTEP has quietly become the hottest team in Conference USA, stringing together four consecutive wins over which time the Miners are averaging 94.5 points per game. In fact, UTEP has tied a school record by scoring 80 or more points in four straight games, with eight of the ten players who see extensive action during the win streak shooting 50 percent or better from the floor.

The Miners have covered the spread in five straight games over which time they are averaging 89.6 points on 51.0% shooting from the field and 42.0% from beyond the arc.  UTEP takes the floor with legitimate revenge after suffering a shocking 71-58 loss at Southern Mississippi last month wherein the Golden Eagles rallied from a 15-point deficit.

Southern Mississippi is a shell of its former self as head coach Doc Sadler has been playing all season without forwards Norville Carey, who was third on the team in scoring (10.8) and second in rebounding (5.6) last season, and Eddie Davis, who led the team in rebounds (9.4) while averaging 9.4 points per game before suffering a foot injury in December.

Southern Mississippi is averaging just 61.7 points per game this season (39.8% FG) against teams that would combine to allow 71.5 points per game. Even more alarming is the fact that the Golden Eagles are averaging a woeful 54.4 points per game on the road on 36.8% shooting from the field and 29.5% from beyond the arc.

UTEP head coach Tim Floyd has not been happy with his team’s defensive effort, but a lack of defense should not be an issue against a brick-laying Southern Mississippi squad. The Miners should also have success exploiting a poor Golden Eagle perimeter defense that is allowing opposing teams to make 38.3% of their three-point field goal attempts.