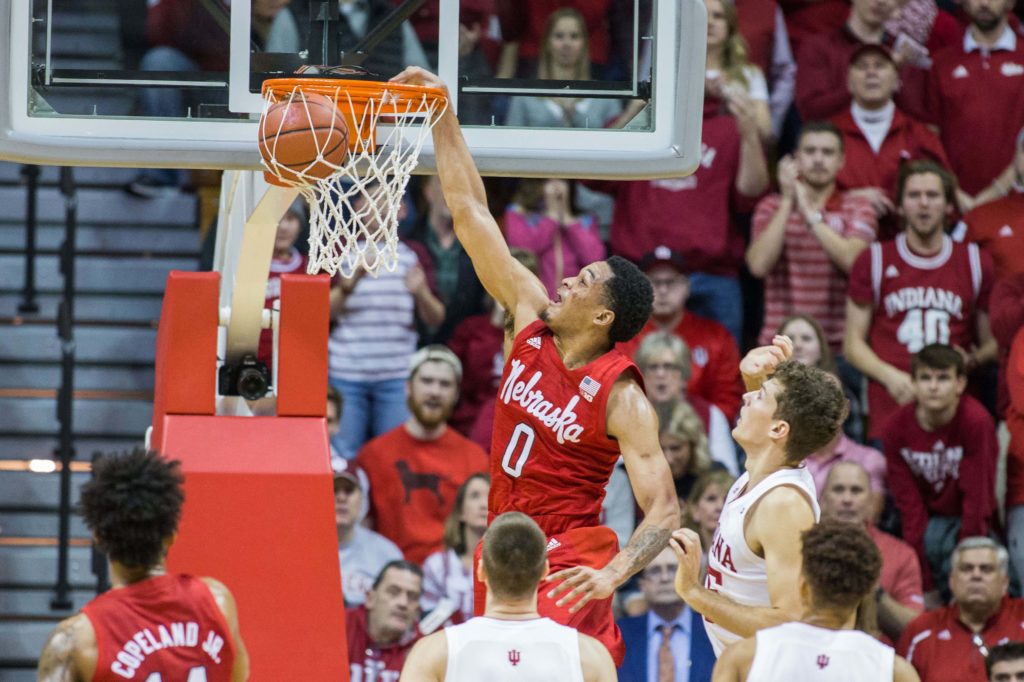 Oskeim Sports previews Sunday’s college basketball game between Iowa and Nebraska.  Oskeim recommends taking the available points with the Cornhuskers as one of his free sports picks for Sunday, March 10.

Despite a disappointing 2018-19 campaign, emotions will be running high this afternoon for five Nebraska seniors who will be honored before the game. Glynn Watson Jr., Tanner Borchardt, Isaac Copeland Jr., James Palmer Jr. and Johnny Trueblood will be recognized during Senior Day ceremonies prior to tip-off.

The group has combined for nearly 3,400 points along with more than 1,150 rebounds and 625 assists during their time as Huskers.

Copeland, a transfer from Georgetown, sustained a season-ending knee injury in January but his jersey will be worn by Isaiah Roby as a tribute to the senior. “That’s great,” Copeland said. “He’s my son. I raised him well. Out of everybody, I’m glad he’s doing it.”

Nebraska’s senior class wants to finish the regular season with a win over Iowa. “Finishing strong says everything about your character,” Borchardt said. “You don’t want to just lay over and let them kick you while you’re down. Show some pride and show them what you’re made of.”

Nebraska’s defense has been significantly better at home than on the road in conference play. In their nine home games, the Huskers are allowing 16.3 fewer points while holding opponents to just 40 percent shooting from the field, including 31 percent from beyond the arc. Purdue is the only Big Ten Conference team to score more than 70 points on Nebraska’s home floor this season.

I also like the fact that Iowa is currently ranked seventh nationally in fewest turnovers per game with an average of 9.7 per contest. Since December 3, Nebraska is averaging less than nine turnovers per game and has not had more than 12 in a game in that stretch. The Cornhuskers have committed ten or fewer turnovers in eight of their last 10 games,

It’s important to keep Nebraska’s overall record in perspective. In addition to losing Copeland, the Cornhuskers have played the fourth most difficult schedule in the country.

Moreover, eleven of Nebraska’s 15 losses have been to teams who have been ranked in the top-15 at some point in the season (Texas Tech, Maryland-2x, Iowa, Michigan State, Ohio State, Wisconsin, Purdue-2x and Michigan).

Meanwhile, beleaguered Iowa arrives in Lincoln having failed to cover the point spread in seven consecutive games. The Hawkeyes have lost four of its last five games, including being upset by Maryland and Rutgers.

Iowa head coach Fran McCaffery returns from his suspension but reports indicate that he has lost support from the school’s boosters. With Iowa standing at 9-27-1 ATS on the road since January 21, 2016, grab the available points with Cornhuskers as one of Oskeim Sports’ free sports picks for Sunday.