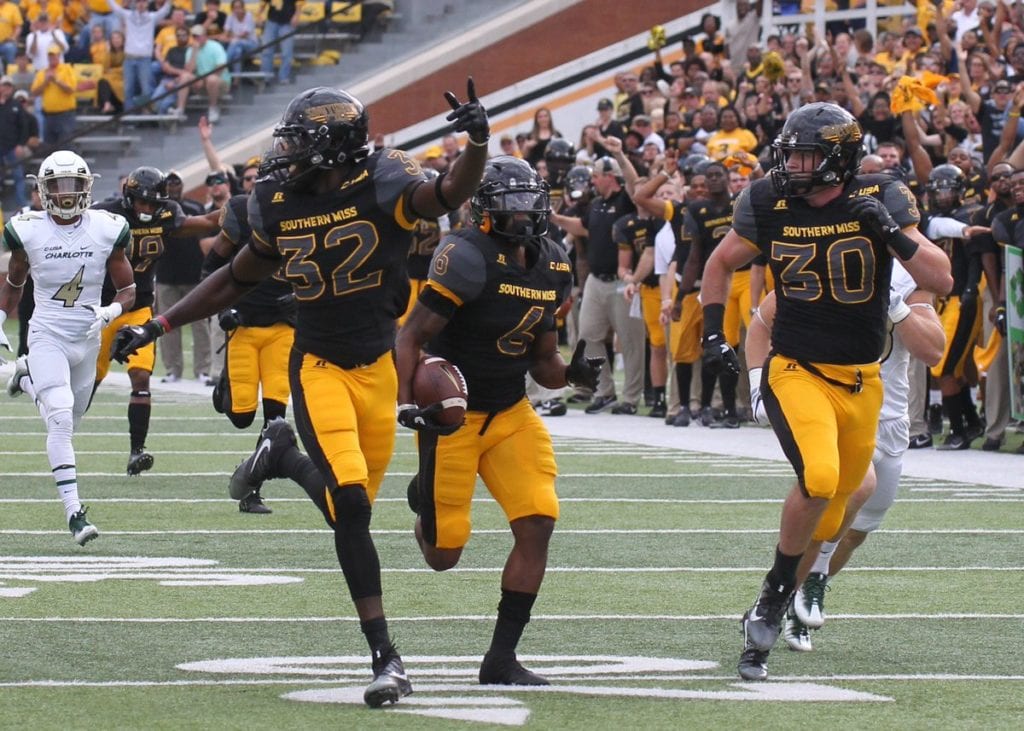 Southern Mississippi owns an excellent defense that is allowing just 21.2 points and 287 total yards per game at 4.7 yards per play to teams that would combine to average 5.2 yards per play against a mediocre stop unit. The Golden Eagles limited the best rushing team in the conference – UAB – to a season-low 97 yards last week.

Southern Mississippi is surrendering only 109.9 yards per game on the ground this season, the 18th-best mark in the country. Head coach Jay Hopson’s squad also boasts the nation’s 12-best pass defense (in terms of passing yards allowed) in 2018.

Southern Mississippi is currently on pace to finish in the Top 10 nationally in total yards per game allowed (284.9 yards per game, No. 9 in the FBS). Louisiana Tech’s subpar offense, which is 0.4 yards per play worse than average (5.4 yards per play against teams that would combine to allow 5.8 yards per play to a mediocre attack) will struggle to move the chains in this contest.

Indeed, the Golden Eagles possess a significant 0.8 yards per play advantage defensively from the line of scrimmage against Louisiana Tech’s attack. Against four common opponents this season, Southern Mississippi was +97.0 yards per game, whereas the Bulldogs were just +5.0 yards per game.

Finally, Louisiana Tech head coach Skip Holtz is money-burning 8-15-1 ATS as a road favorite versus .300 or greater opposition, while the Bulldogs are on a 28.6% ATS run in November affairs.

With hapless UTEP on deck, the Golden Eagles understand the mission at hand – defeating Louisiana Tech for the fourth straight time. Grab the point(s) with the motivated home underdog as one of Oskeim Sports’ free NCAA Football picks for Saturday.