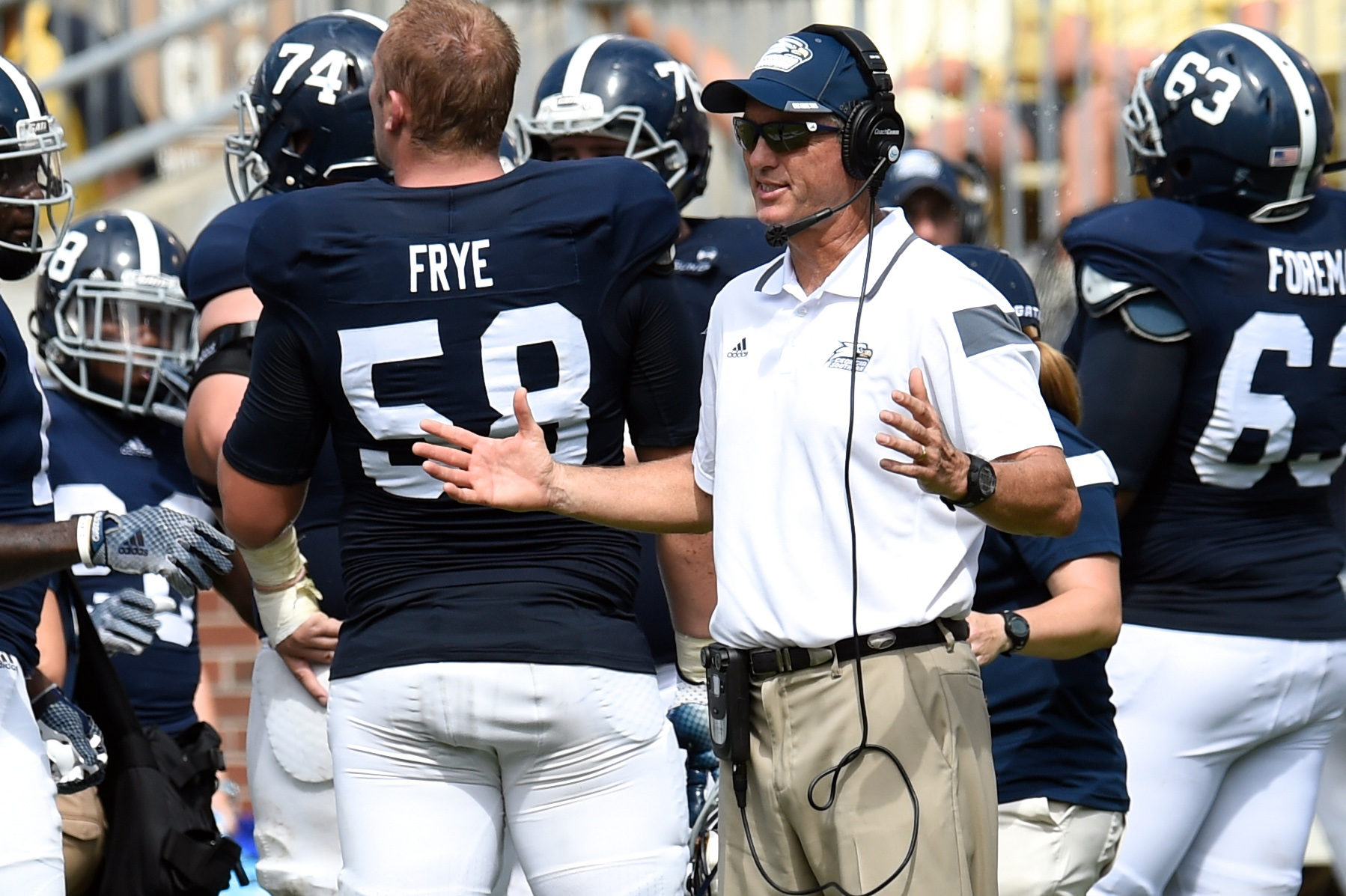 Georgia Southern has one of the best college football coaches in the nation, although most sports bettors have no idea who Willie Fritz is. Prior to arriving in Statesboro for Georgia Southern’s inaugural FBS campaign, Fritz was taking Sam Houston State to consecutive National Championship games. Fritz put together a 40-15 record during his four-year tenure (2010 to 2013) with the Bearkats. Prior to his stay in Huntsville, Fritz amassed a 39-5-1 record and won two NJCAA National Titles as the head coach at Blinn College between 1993 and 1996.

Georgia Southern joined the Sun Belt Conference last year and proceeded to compile a perfect 8-0 record in league play, while also finishing 9-3 overall in Fritz’s first season in Statesboro. The Eagles’ success at the FBS level did not come as a surprise as they won six national championships at the FCS level and captured ten Southern Conference titles between 1992 and 2013. Georgia Southern won its home games last year by an average of 46-18 and defeated all four FBS opponents at Paulson Stadium.

Needless to say, Fritz’s college football coaching credentials are both impressive and compelling, which is one of the reasons why I am once again bullish on the Eagles in 2015. In fact, I was a perfect 3-0 on my Georgia Southern investments in 2014, and I intend on keeping that unblemished September mark after Saturday’s win over Western Michigan.

Georgia Southern’s triple-option offense has undergone a modest change under Fritz to include more Pistol and spread formations like those utilized by both Auburn and Nevada. The changes seem to be having a positive affect as the Eagles ran the ball 642 times last season for 4,573 yards and 55 touchdowns. The ground game is led by dynamic tailback Matt Breida, who led the team last year with 1,485 yards and 17 touchdowns as a sophomore.

“He’s a first team all-conference player in the Sun Belt,” Western Michigan head coach Fleck said of Breida. “He has a great trigger zone . . .he’s a thicker back and he fools you that way. He lowers his shoulder and he can beat you with speed.”

The offense is led by returning quarterback Kevin Ellison, who rushed for 886 yards at 7.0 yards per carry last season. Unfortunately, Ellison is out for the second straight week (suspension), which means that redshirt junior quarterback Favian Upshaw will once again be behind center.

Upshaw took snaps in 11 games last year, but his 2015 debut was nothing short of being a disaster. Indeed, Upshaw was 2-for-13 passing for 29 yards and four interceptions against West Virginia. However, no team is ever as good or as bad as they looked the previous week, and I expect Upshaw to bounce back with a strong effort in week 2 before the home faithful.

The Eagles’ ground attack should have success exploiting a subpar Western Michigan front seven that yielded 196 rushing yards at 4.9 yards per carry it Michigan State in week one. Overall, the Broncos’ stop unit gave up 452 total yards at 6.4 yards per play and 12.2 yards per point to a Michigan State offense that was playing a vanilla-style offense.

Western Michigan applies to a negative 128-140-4 ATS Game Two system that contains a 74-86-2 ATS subset angle. The Broncos are also coming off a highly emotional game against “Big Brother” at home (i.e. Michigan State) and are primed for a letdown in the Georgia heat. Grab the points with the Eagles as our free college football best bet and invest with confidence.