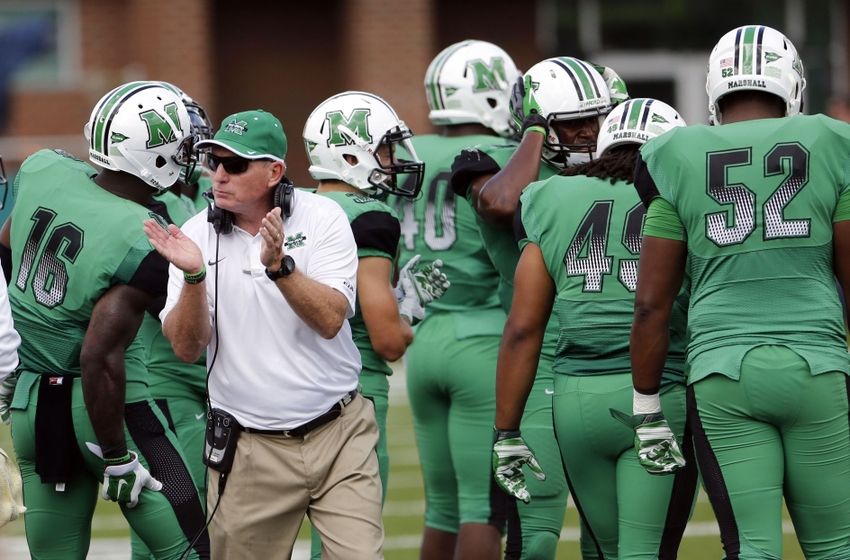 Marshall had its thirteen-game home winning streak snapped last week against Western Kentucky in overtime, a loss that was devastating for the Thundering Herd as it ruined their perfect record and dashed any hope of playing in a major bowl game.  With its bubble burst on so many levels (first home loss in 14 games; first loss of 2014; major bowl aspirations gone), it’s hard to imagine a scenario under which Marshall shows up to play in the Conference USA Championship Game with any sort of motivation or focus.

Louisiana Tech is quietly outperforming the betting market by covering nine of its last twelve games, including posting an impressive 7-1 SU and 6-2 ATS record in conference play.  The Bulldogs are also a perfect 4-0 ATS as road underdogs this season, including two outright upsets over Louisiana-Lafayette and North Texas. Louisiana Tech possesses an explosive offense that is averaging 38.7 points per game on 415 total yards at 6.0 yards per play and 10.7 yards per point.

The Bulldogs’ attack will certainly be challenged by a very good Marshall defense that is 0.6 yards per play better than average (4.7 yards per play to teams that would combine to average 5.3 yards per play).  However, the Thundering Herds’ stop unit has been in decline over the last three weeks where they have yielded 33.0 points on421 total yards at 5.6 yards per play and 12.8 yards per point.  I project 31 points on 403 yards for Louisiana Tech in this game, which is good enough to cover the inflated point spread.

From a technical standpoint, college football home favorites off an overtime loss are a money-burning 45-70 ATS , including 2-13 ATS if they allowed 32 or more points in the loss and are now facing a .600 or greater conference foe. Louisiana Tech head coach Skip Holtz is 36-18-1 ATS as an underdog in his career, including 11-1 ATS when getting six or more points on the road.  With the Bulldogs standing at 6-1 ATS on the road this season, take the points and invest with confidence.