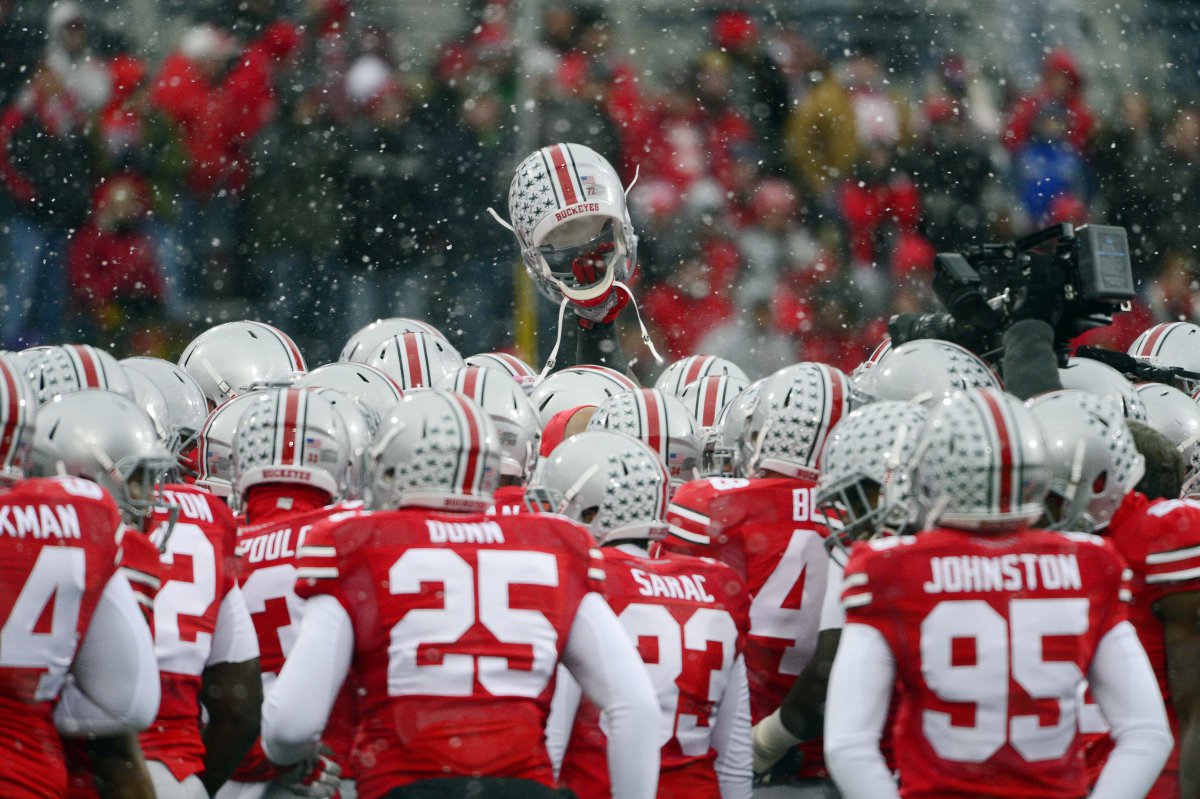 To say that the quarterback position has not been kind to Ohio State would be an understatement.  Before the season even commenced, starting quarterback Braxton Miller, a three-year starter, two-time conference MVP and legitimate Heisman Trophy candidate, re-injured his throwing shoulder and was lost for the season.  Under the guidance of quarterback coach Tom Herman, backup quarterback J.T. Barrett stepped in for Miller and led the Buckeyes to a 10-1 record and the Big Ten Conference’s East Division title.

Unfortunately, Barrett fractured his ankle in Ohio State’s 42-28 win over Michigan last week, leaving head coach Urban Meyer with Cardale Jones, a three-star recruit out of high school., as his quarterback for the Big Ten Championship game.  “You lose one Heisman Trophy candidate before the season starts, and then another guy in game (12) who’s also a Heisman candidate,” Meyer said.  “That’s a positive that your team can still function. It tells you about the talent and depth on your team.”

The good news for Ohio State is the fact that the Badgers’ weakness on defense is their secondary, which is yielding 6.9 yards per pass play on the road.  And, despite Wisconsin’s front seven being 1.1 yards per rush play better than average (3.0 yards per carry to teams that would combine to average 4.1 yards per rush attempt), the Buckeyes still possess a slight advantage on the ground offensively.  I also would not be surprised to see Cardale throw the ball well as he has averaged 7.9 yards per pass attempt with a 58.8% completion rate (2/0 ratio) in limited action this season.  In his most extensive playing time against Illinois on November 1, Cardale averaged an impressive 9.1 yards per pass attempt and threw two touchdowns.

Ohio State’s defense is going to have to step up in order for the Buckeyes to have a chance to capture the conference title, and I expect the Buckeyes’ stop unit to answer the call at Lucas Oil Stadium.  Ohio State is allowing 22.9 points per game on 333 total yards at 4.9 yards per play to teams that would combine to average 5.6 yards per play against a mediocre defensive squad.  The Buckeyes also avoid giving up big plays as evidenced by the fact that opponents are averaging 14.6 yards per point against Urban Meyer’s stop unit.  Let’s also note that Ohio State is the only college football team in the nation (FBS) to have outgained every opponent it has faced this season.

From a technical standpoint, Ohio State is 29-14-1 ATS versus teams with a winning record and 5-1-1 ATS versus the Badgers, while head coach Urban Meyer is 15-9 SU and 18-6 ATS as an underdog, including 6-1 SU and 7-0 ATS since 2003.  When Meyer is installed as a pick or an underdog, he is a perfect 12-0 ATS (7 outright upsets) going back to his days at Utah, his first three seasons at Florida and his three-year tenure in Columbus.

With the underdog standing at 3-0 ATS in Big Ten Conference Championship games, take the Buckeyes and invest with confidence.