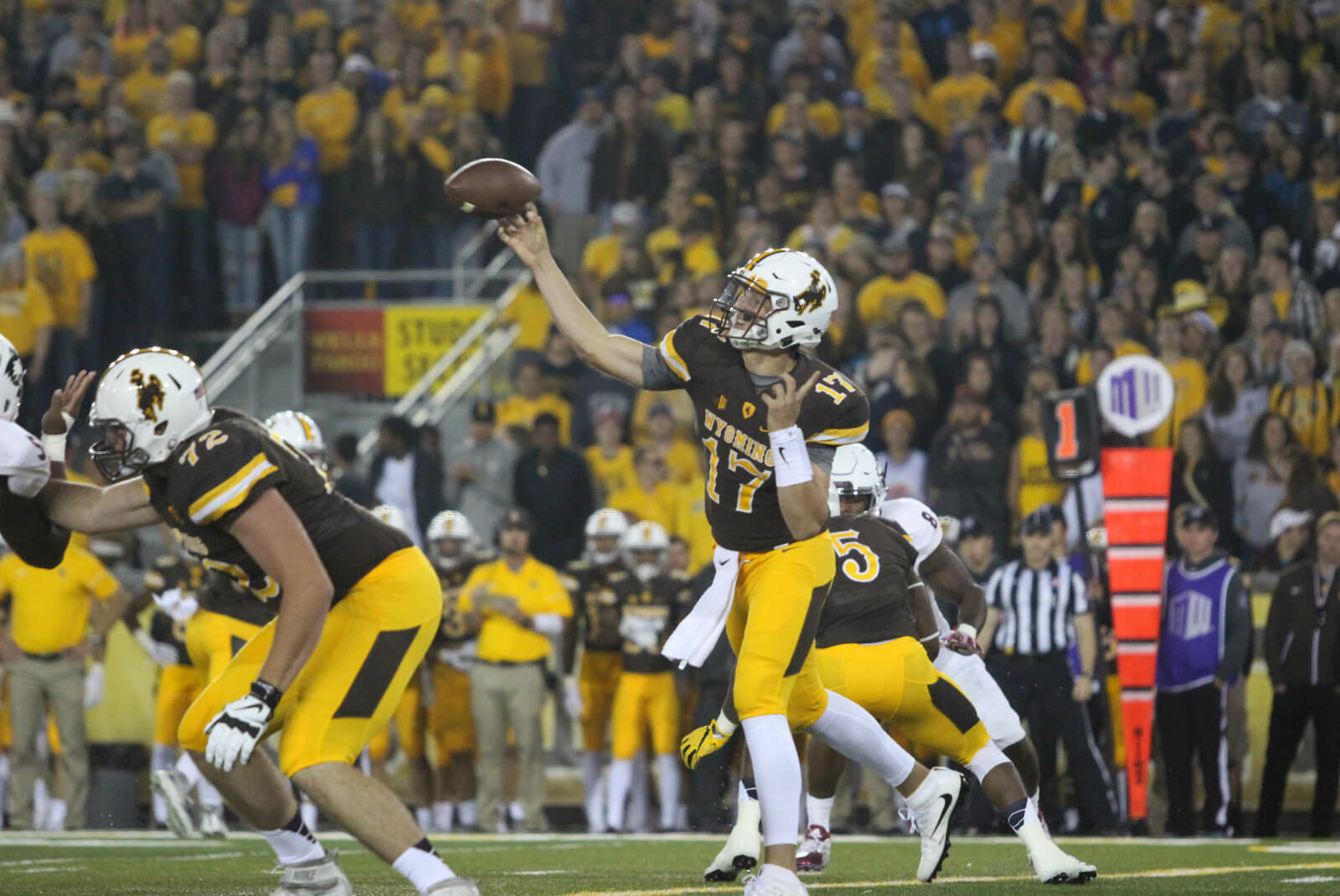 Despite posting its worst record since 2002 last season, Wyoming head coach Craig Bohl has the program heading in the right direction.  Last year’s struggles were expected as the Cowboys were one of the least experienced teams in college football, lost 46% of their lettermen and had the second-fewest number of seniors on their roster (7).

Negative variance also contributed to Wyoming’s 2-10 mark as the Cowboys finished the 2015 campaign with a dreadful -11 turnover margin.

The 2016 season brings renewed optimism for Wyoming fans as the Cowboys welcome back 17 starters, 33 lettermen (only 21.9% lost) and 18 seniors.  Nine starters are back on offense, including one of the conference’s best running backs in Brian Hill, a Bohl recruit who set the school’s single-season rush record with 1,631 yards at 5.8 yards per carry.

Wyoming also boasts a veteran offensive line with 70 career starts, and reports out of Laramie indicate that each starter has added 20 pounds during the offseason.  Quarterback Josh Allen, a junior college transfer who missed most of last season due to a collarbone injury sustained in week two, will operate a pro-style offense with the team’s top six receivers returning.

Bohl played most of his freshmen recruits on the defensive side of the ball last year, which bodes well for the Cowboys in 2016.  The Cowboys return eight defensive starters, including their entire back 7 from 2015.

The Cowboys also have an added edge at home where they play 7,165 feet above sea level.  Most teams have never played in such heightened altitude, which helps explain why the Cowboys are 56-18-1 (.753) overall in season-opening home games against non-conference opponents.

Wyoming is one of the most improved teams in college football and is poised to land a bowl berth in 2016.