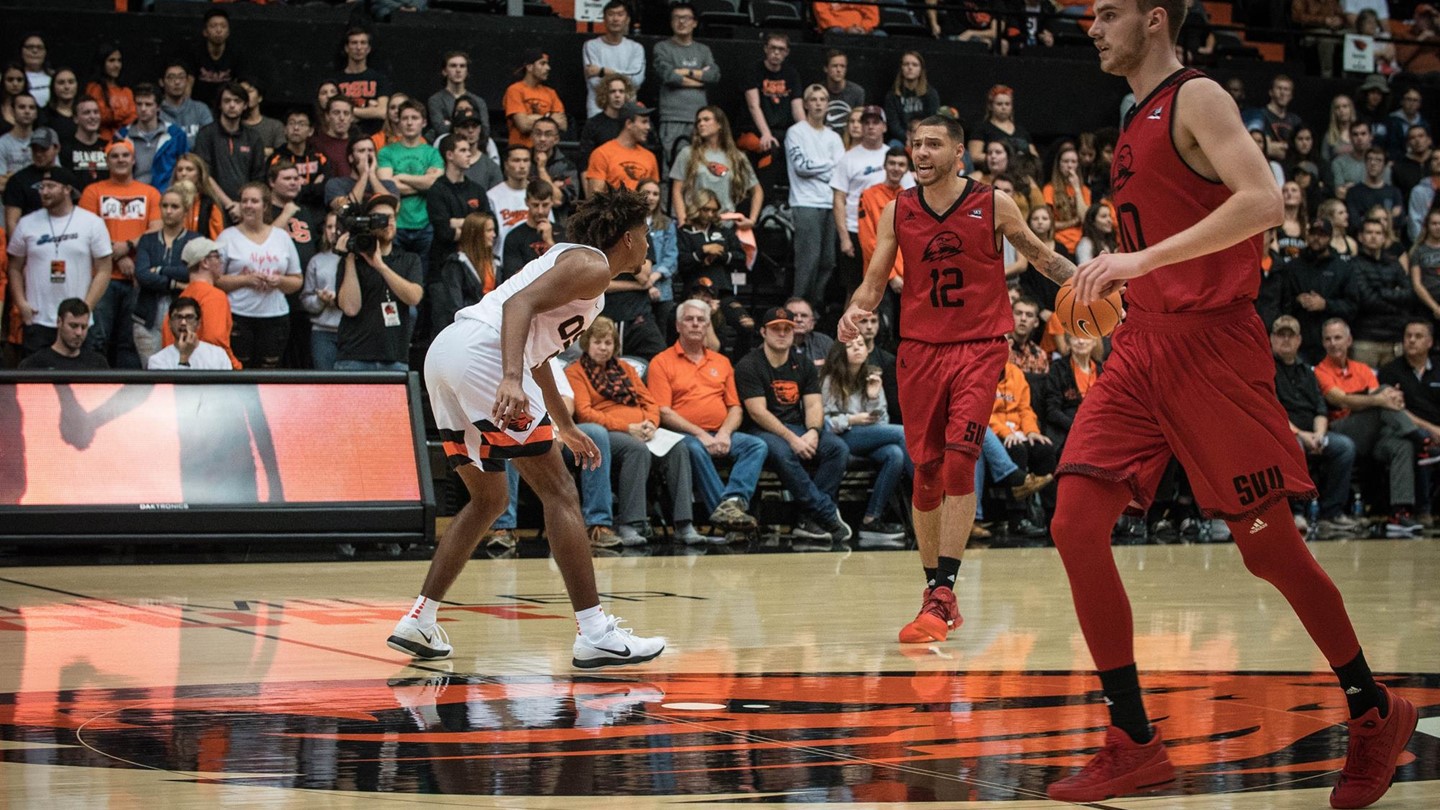 Southern Utah head coach Todd Simon lost a key member of his team when Randy Onwuasor transferred to LSU as a graduate transfer. Onwuasor led the Big Sky Conference in scoring (23.6 ppg) and ranked fifth in the nation. His departure is difficult to overstate in that he accounted for over 30% of the Thunderbirds’ offense last season.

However, Simon brought in two Division I transfers in Jadon Cohee and Jamal Aytes, who have combined to average 34.5 points per game this season. Cohee is a redshirt junior who transferred from Seattle and practiced with the Thunderbirds last year before becoming eligible this season. Aytes is a graduate transfer from BYU who is averaging 14.5 points per game on 63.2% shooting from the field.

While Cohee and Aytes anchor the frontcourt, fifth-year senior James McGee and junior Brandon Better lead a talented backcourt for the Thunderbirds. McGee is currently third on the team in scoring (12.5 points per game), while Better is fourth with 10.0 points per game. 6-8 senior Christian Musoko protects the paint and is currently averaging a team-high 7.0 rebounds per game.

Southern Utah employs an up-tempo style that ranked second in the league and 22nd nationally in possessions per game (75.9) last season despite using a seven-man rotation for most of the 2016-17 campaign.

After starting the season with consecutive covers against Oregon State and Boise State, both of which were on the road, the Thunderbirds step way down in class against a San Jose State squad in turmoil.

The Spartans’ watched their head coach suddenly resign over the summer, which led to the transfer of 6-8 junior forward Brandon Clarke, who averaged 17.3 points and 8.7 rebounds per game last season.

Clarke earned All-Mountain West Conference first-team and All-Defensive Team honors last season. In short, this is a program poised to make a significant step backward this season after appearing to be on the right track for most of last year.

Finally, my math model actually favors the Thunderbirds in this game so we are getting solid line value with the home underdog. Grab the point with Southern Utah as one of Oskeim Sports’ college basketball picks for Thursday, November 16.