Why Wizards to Make the Playoffs Is a Bet Worth Making 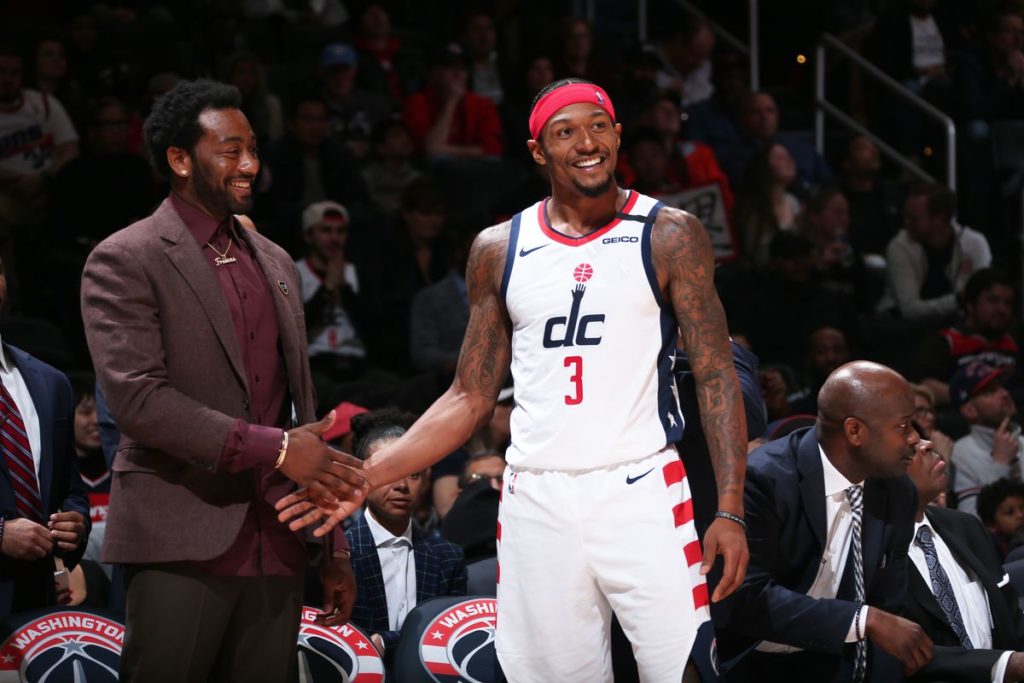 They were supposed to be headed home for the offseason and planning on a potential lottery pick. Instead, the Washington Wizards will be part of the 22-team NBA restart in Orlando later this July. While it’s a longshot bet, wagering on the Wizards to make the playoffs is a bet worth making.

The Nets are currently 30-34 and in seventh place in the Eastern Conference standings. They are just a half-game ahead of eighth-place Orlando and six games ahead of Washington (24-40). When the 2019-20 season was suspended on March 11 due to the coronavirus pandemic, there was talk of a Kevin Durant return.

Durant, of course, was to miss the entire season while rehabilitating his torn Achilles tendon. Not long before the shutdown, Durant was seen on film playing in 3-on-3 situations. With Durant and possibly Kyrie Irving recovered from shoulder surgery, sportsbooks started taking a lot of action on the Nets to win the NBA title.

The likelihood of a Durant return is nil and Irving, who wasn’t going to play anyway, doesn’t like the idea of the NBA returning to action while the country is in the midst of civil turmoil. The bottom line is that Brooklyn will find it difficult to maintain its half-game lead over Orlando and could find itself heading home after the eight-game regular season.

The Magic will have the advantage of playing at home. Well, kind of. There won’t be any fans, but Magic players that live in the Orlando area during the season will not have far to travel. It might offer a bit of an advantage.

The Magic had won six of their last nine games before the suspension of the season in March. One of those wins was over Brooklyn. Orlando had won its last three straight before the shutdown and that included an impressive 126-106 win over Houston and a victory over Memphis, another potential playoff team.

Orlando is the current eighth seed and is given -125 odds to earn that spot in the upcoming playoffs. With Nikola Vucevic (19.5 ppg, 11.0 rpg) leading the charge and a deep bench, the Magic could easily overtake Brooklyn at No. 7.

As the Nets falter and the Magic rise, Washington simply needs to do one thing – force a play-in tournament. Making up 5.5 games with only eight remaining is next to impossible. The great thing for the Wizards though is that they don’t have to make up all 5.5 games. All Washington needs to do is finish within four games of eighth place.

Instead of 5.5 games, the Wizards essentially need to make up just 1.5 games to get them within four of the No. 8 seed. By doing so, Washington would force a two-game play-in tournament. In the play-in tournament, the eighth seed only has to win one game. Washington would have to win two. Can the Wizards beat the Nets or Magic in two straight games?

At first glance, one might notice that Washington won back-to-back games just four times during the regular season thus far. One of those happened to include the Nets. Washington beat Charlotte 121-107 before beating Brooklyn 113-107.

The more impressive back-to-back was an early January double over Denver (128-114) and Boston (99-94). Making that feat even more incredible is the Wizards beat two of the best in the NBA without star guard Bradley Beal.

Any chance of winning two straight over the same opponent will be directly proportional to the performance of one of the NBA’s top scorers. Beal is the league’s No. 2 scorer averaging 30.5 points per game. He was passed over for the All-Star game this year and that has added fuel to his fire. That plus the fact that he’ll be entering the final year of his contract next year make Beal extremely dangerous in a shortened season.

How It Plays Out

The Wizards are given +1400 odds to earn the No. 8 seed in the Eastern Conference playoffs. Yes, it’s a longshot, but it’s a bet worth making. Orlando can easily make up the half-game lead the Nets have over the Magic. That would be ideal in the Wizards world.

If Washington ends up within four games of eighth place and forces a play-in tournament, the Wizards would much rather face the Nets. Washington went 0-for-4 against the Magic in the regular season, but 2-0 against the Nets. Beal went for 34 and 30 in the two wins over Brooklyn.

With Brooklyn in disarray with Durant and Irving out plus they will be playing for an interim coach in Jacque Vaughn, it’s easy to see them falling to No. 8. With the Nets at No. 8, it makes that wager on Washington at +1400 all the more enticing.