With Colorado standing at 25-16 (+8.8 units) versus right-handed starters this season, take the Rockies and invest with confidence. 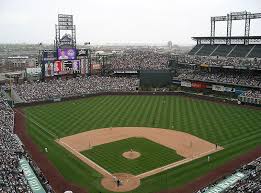