The Terrapins are Flying Under-the-Radar in 2014; Bettors Beware 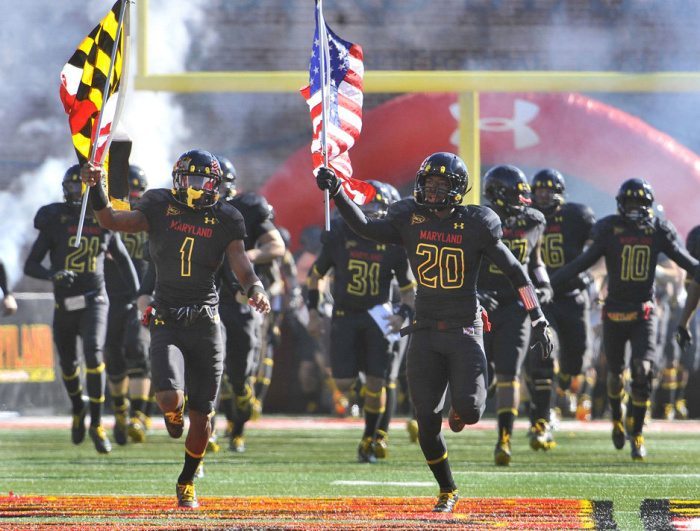 Maryland is one of the most experienced teams in college football this season with seventeen returning starters, including its starting quarterback and top two running backs.  While the Terrapins enter their inaugural season in the Big ten Conference, head coach Randy Edsall fields the best team he has had since arriving in College Park in 2011. Edsall was the Big East Conference’s Coach of the Year in 2010 and it’s not like he’s forgotten how to coach.  Rather, Edsall’s tenure in Maryland has been plagued by injuries and negative variance.

Maryland’s offense is led by returning quarterback CJ Brown, who threw for 2,242 yards (58.9%; 13-7 ratio) last season and was the team’s second-leading rusher with576 yards (4.1 yards per rush attempt).  Brown is backed up by Caleb Rowe, who played in seven games last season wherein he threw for 989 yards with a 48.9% completion rate. The biggest issue facing Maryland on offense is its backfield.  While both Brandon Ross and Albert Reid return, this is not a dynamic combination and the Terrapins will have moderate success on the ground.

The best news for offensive coordinator Mike Locksley is the return of wide receivers Stefon Diggs and Deon Long, both of whom make up one of the most dangerous receiving duos in college football.  Diggs and Long missed the majority of 2013 after suffering injuries in game 7.  If both can stay healthy, I expect the Terrapins to have one of the best receiving units in the nation this season.  Maryland also returns 61 career starts on the offensive line, including four players who started at least four games last season.

Defensive coordinator Brian Stewart fields his best stop unit since arriving in 2011 as the Terrapins have an outstanding defensive line that returns every starter and most backups from last year’s unit that registered 37 sacks. The line is led by Andre Monroe, who had 9.5 sacks last season and enters 2014 ranked first nationally among active players with 0.66 sacks per game (14.5 sacks in 22 career games). Maryland’s secondary will also be strong this season despite losing Dexter McDougle to the NFL Draft.  With seven of its top players returning for the 2014 campaign, coach Edsall has his best secondary since arriving in Maryland.

Perhaps the most promising element of Maryland’s team this season is its special teams unit, which returns everyone from last year’s outstanding unit.  Punter Nathan Renfro and place kicker Brad Craddock continue to show improvement, while kick returner William Likely provides a legitimate threat on the receiving end of kicks.  In fact, Likely led the team with 729 yards at 26.0 yards per kick return last season, including scoring the team’s first punt return touchdown since 2010!  Maryland could have the best special teams unit in college football this season.

If Maryland can stay healthy, which is a big “if,” the Terrapins could surprise a lot of teams in the Big Ten this season.