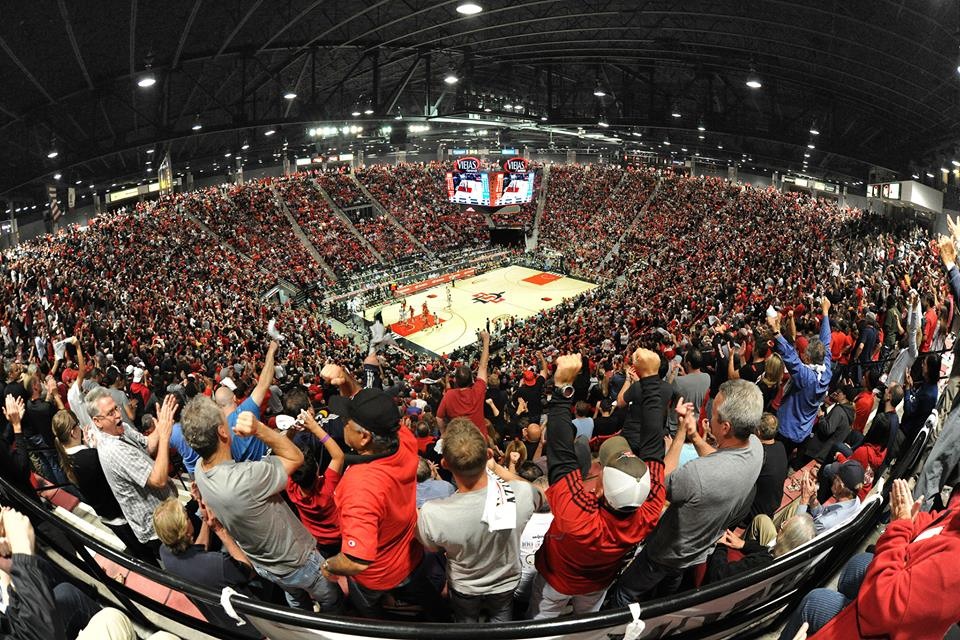 San Diego State looks to become the first program to win eight Mountain West Conference championships in its home finale where seniors Xavier Thames and Josh Davis will be honored before the game. San Diego State’s success is predicated upon an outstanding defense that is allowing 57.5 points per game to teams that would combine to average 69.1 points per game, thereby making the Aztecs 11.6 points per game better than average defensively. More importantly, the Aztecs are 14-1 at home this season where they are limiting opponents to a mere 52.1 points per game on 33.7% shooting from the field and 24.1% from beyond the arc.

San Diego State also boasts one of the best home court advantages in college basketball as the Aztecs are 76-6 (.927) in their last 82 home games and 126-15 (.894) inside Viejas Arena since 2005. Consider that only ten teams have won inside Viejas since the start of the 2005-2006, and five of those losses came against non-conference opponents. The Aztecs have won 25 of their last 27 games overall (15-0 L/15 in conference play) and have experienced a resurgence on the offensive end of the floor. While San Diego State is only 1.2 points per game better than average offensively (72.0 points per game against teams that would combine to allow 70.8 points per game), the Aztecs are averaging 81.7 points in their last three games (49.7% FG; 42.6% 3-PT).

San Diego State also ranks first nationally for the highest free-throws attempted margin at +10.0, while ranking 20th nationally in fewest turnovers per game at 10.2. According to Kenpom, San Diego State’s offense is fourth in the Mountain West in points per possession at 1.082, which highlights the Aztecs’ improvement on the offensive end of the floor. I also like the fact that Steve Fisher’s squad has the best record nationally in games decided by six points or less at 32-9 (.780). Technically speaking, New Mexico is a money-burning 16-45 on the road versus .777 or better opposition, 5-10 ATS on the road versus opponents with same-season double-digit revenge and 7-33 ATS in losses as an underdog versus avenging foes. With Steve Fisher standing at 13-2 SU and 11-4 ATS as a favorite with same-season revenge, including 11-1 ATS versus .550 or greater opposition, take the Aztecs and invest with confidence.